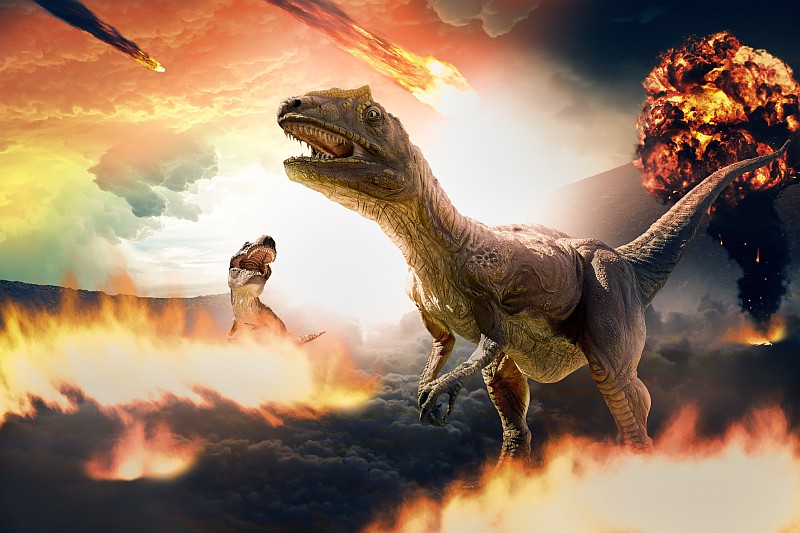 It’s easy to forget just how long the dinosaurs ruled the Earth. Countless movies have filled our brains with images of different species living side-by-side, but in truth, that wasn’t the case. The Stegosaurus, for example, was extinct and fossilized by the time the dreaded Tyrannosaurus Rex terrorized smaller dinos. The T-Rex lived in an era closer to our own than that of many other dinosaurs.

As we know, an asteroid colliding with Earth ended the reign of these giant lizards. This may have occurred 65 million years ago, but it’s still a source of fascination. Now, scientists have discovered new evidence of this deadly debris on the seabed of Mexico. This has enhanced our understanding of what happened that infamous day.

How was this asteroid debris located?

Scientists were completing a drilling expedition in Mexico when they found these new rock samples. The discoveries afford the opportunity to pull together a minute-by-minute commentary on what occurred when the asteroid struck the planet.

It appears that earthquakes, landslides, tsunamis, and wildfires all followed the initial impact. It was a veritable Greatest Hits package of natural disasters – before we even contemplate the global cooling that followed.

You can read more about this discovery from the horse’s mouth. Head to Proceedings of the National Academy of Sciences for more information. You can check out the abstract of the study of the findings, or purchase the full paper if that tickles your pickle.

So what actually happened that day?

Armed with new information, scientists have broken down the timeline. This is what is believed to have unfolded the day the dinosaurs died.

The asteroid landed. It created a substantial crater, estimated to be at least 30 miles deep. This filled the air with granite, limestone, and water vapor.

This crater sent shockwaves throughout the planet’s surface and created an ocean tsunami. Perhaps most tellingly, it also sent molten rock and lava surging toward the Earth’s surface. It’s claimed that, within three minutes, there was a volcanic peak as tall as Mt. Everest.

What comes up must come down. This lava landed back on the surface and began to spread throughout the Earth. This created wildfires.

These lava pools began to solidify. Seawater washed over them, creating debris. This is what geologists have been studying for decades.

Many dinosaurs that survived the initial impact and resulting earthquakes, the lava stream, and the tsunami would have lost their lives in the fires.

Even if they were hardy enough to survive all of this, they did not last much longer. The sky was so filled with debris that it blocked out the sun, cooling the Earth to temperatures intolerable for cold-blooded lizards.

If there is any consolation to be found for our dino friends, it’s that it all happened quickly. Most were wiped out within an hour of the impact, it seems. For those that remained, it was a tougher end to a long and prosperous reign as the planet’s dominant species.

Could it happen again?

If this has you worried and you’re concerned that humans are facing a similar extinction-level event, you can rest easy. To paraphrase Jay-Z, the environment has countless problems, but an asteroid ain’t one.

NASA and other astrological enthusiasts are on the ball with mapping orbits of anything dangerous. Asteroids and comets are of particular concern. Be assured that, at the time of writing, there are no asteroids on a collision course with our planet.

Even if an expected event occurred, salvation would be at hand. NASA is planning a 2021 mission to investigate an asteroid in our orbit, named Didymos. The intention is to learn how to deflect such an interstellar body from a collision course with Earth with time to spare.

However, it’s unlikely that we’ll see such an event in our lifetimes. The asteroid that wiped out the dinosaurs was estimated to measure around 50 miles in diameter. According to NASA, an event this cataclysmic will only occur once in a billion years.

That suggests that we’re in the clear for another 935 million years, give or take. All the lemon water and vitamin supplements in the world won’t keep you alive that long.