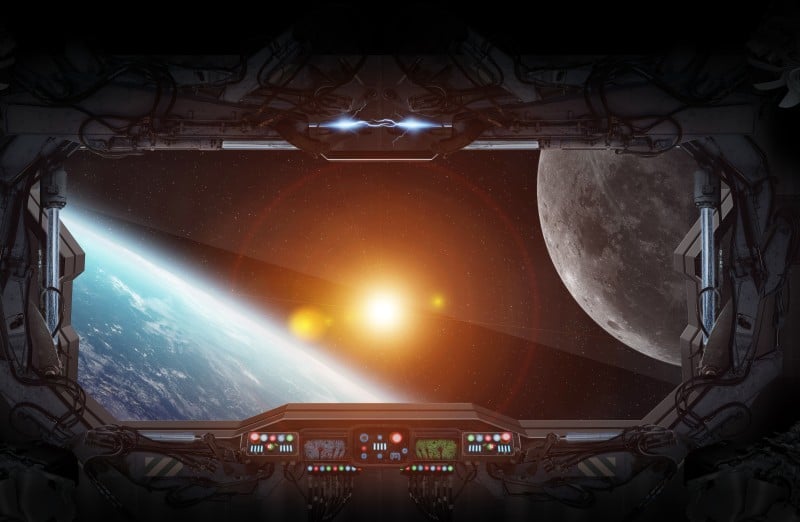 Carl Sagan wasn’t the first to point Earth’s lonely status in interstellar space out. The pale blue dot on which we sit feels like a small paradise in a universe full of mystery. What are the chances, really, that this one small planet in one small solar system, spinning on the edge of the Milky Way galaxy, is the only planet that has life on it?

While biology and astronomy suggest the chances are relatively slim, astronomical philosophers disagree on the topic. The latest study published by The Astronomical Journal breaks from tradition and suggests that we have even been visited by extraterrestrial life – but that our interstellar neighbors haven’t dropped by for the past 10 million years.

The study suggests that the only reason we, in this generation, haven’t encountered extraterrestrial life is because that life is taking its time exploring the galaxy.

The question of extraterrestrial life

The question of extraterrestrial life isn’t a new one. It extends back beyond the rumors of gray men and the proposed raids of Area 51. That original question is attributed to physics Enrico Fermi.

Fermi is recorded asking of his colleagues, “where is everyone?” addressing the question of Earth’s place in the universe and human life alongside it. Fermi’s question poses a curious paradox: if there is life in the Milky Way galaxy or beyond it, why have humans not been visited? This exact question has come to be known as the Fermi Paradox.

Michael Hart, an astrophysicist, was among one of the first modern authorities to take this question seriously. He released a paper in 1975 that laid the groundwork for the study recently published by The Astronomical Journal.

In this paper, Hart suggests that over the 13.6 billion years since the Milky Way galaxy formed, interstellar life should have appeared on other planets, if only by happenstance. He would go on to argue, however, the lack of visitations meant that said life was not present.

This is an exceptionally human-centric view to take on the possibility of interstellar life and travel. Humanity is quick to position itself as the most important thing on Earth. Hart, in a study that is nowadays somewhat outdated, did the same on an intergalactic scale.

The study published by The Astronomical Journal is titled, “The Fermi Paradox and the Aurora Effect: Exo-civilization Settlement, Expansion, and Steady States.” In the abstract, authors Jonathon Carroll-Nellenback, Adam Frank, Jason Write, and Caleb Scharf address the issues that have arisen in the proposals of their predecessors.

The authors state that they are using the study to overcome previous assumptions about the agency of any potential visitors to Earth. These assumptions include the colonialist idea that extraterrestrial life would only be coming to Earth with the intention of settling it.

They also deliberately separate their work from that of Michael Hart, stating that their results “break the link between Hart’s famous “Fact A” (no interstellar visitors on Earth now) and the conclusion that humans must, therefore, be the only technological civilization in the galaxy.”

This move-away from anthropocentrism means that the report is able to address potential extraterrestrial visitors as their own bodies and with their own priorities instead of as accessories to human existence.

The argument against Hart’s initial proposal invokes the motion of the stars and planets. The study’s authors pose new ideas about interstellar travel, noting the oft-forgotten five dimensions of space: the axises the general public recognizes and that of time, not to mention gravity.

This new study cements itself as a viable, interstellar explanation for the proposed lack of alien encounters over the past billions of years. It also finds itself in good company. Previous proposals for our interstellar loneliness include the “zoo hypothesis” and the incompatibility of alien life with our atmosphere.

All of these studies serve as humanity’s attempt to grasp a universe far beyond our understanding. That said, this most recent study expands the field in new and exciting ways.

As we shrug off preconceived notions about the extraterrestrial agency, we can come to better speculate whether or not we’re truly alone in the vastness of space. If we can so readily forget that space moves around us, who’s to say what vital information we’re missing in this field?