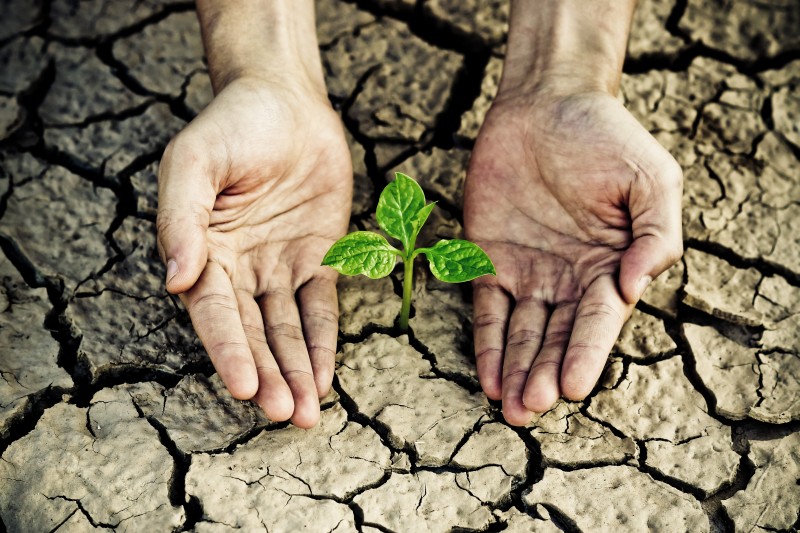 If you were thinking that Greta Thunberg asking world leaders to panic, or Extinction Rebellion chaining themselves to political leaders’ garden walls to flag up the imminent danger of climate catastrophe was going a bit over the top, it turns out you clearly haven’t done your research.

Chris Barrie, a retired Admiral of the Australian Navy, definitely has, and in a recent paper he has claimed to lay bare “the unvarnished truth about the desperate situation humans, and our planet, are in.”

The paper from the Breakthrough National Center for Climate Restoration, a think tank based in Melbourne in Australia, has claimed that humanity may well be on its way to extinction “in the most horrible way.”

At the heart of the paper’s argument is the idea that experts, and the governments relying on them, have been too conservative in their climate estimates, or taken the most conservative forecast too seriously.

As such, governments need to start taking the worst-case scenario projections just as seriously and, to avoid horrifying consequences for social order and loss of life, they need to start preparing for them too. Just to bring the point home, Barrie’s paper lays out the worst-case in nerve-jangling detail. As it turns out, the end of civilization as we know it is if you’ll pardon the pun, just the tip of the iceberg.

First up are food and water shortages. Not only will deserts increase in size, but fertile land will become more arid and coastal territories will be lost to rising sea levels. Rains will fail, leading to water shortages and crop failures, causing more significant food shortages ever.

Even if these effects are not evenly spread across the globe, their by-product will be mass migrations by starving and desperate people whose lands are increasingly uninhabitable. Such movements are likely to cause, and perhaps already have caused, social instability, pressure on neighboring communities, social chaos, and military conflict.

And there’s good evidence to suggest that this isn’t just heavy-handed use of the precautionary principle. In a summer where Europe has suffered not one but two deadly heatwaves already, wildfires have scorched the Arctic, and run on an unprecedented scale across Siberia, and climate change-related disasters are running at once a week it increasingly looks like Global Warming is already here, whether governments are ready to do anything about it or not.

Over the last 12 months, numerous studies have emerged echoing Barrie’s messages from a variety of angles. When it comes to water, it seems that the IPCC (International Panel on Climate Change) has significantly underestimated the amount of heat so far absorbed by the oceans.

Warmer oceans are less able to absorb human atmospheric emissions and more likely to cause extreme weather events such as storms and floods, not to mention mass marine extinctions and, of course, melting ice caps.

Inland, the effects of climate change on the water are seeing a quarter of the world’s population already in a state of water stress, with even places like Cape Town coming close to running out of water.

Meanwhile, in the air, a group from the Hebrew University of Jerusalem claimed in Science that we have underestimated the effects of aerosol emissions and air pollution in our climate change models. The researchers presented the genuine danger that reducing our carbon emissions will also reduce aerosols that are vital in cloud formation for cooling the atmosphere, creating a lose-lose Catch-22.

Finally, to the land, where agriculture, industry, and land use all play a part in cycling our environment in precisely the wrong direction.

In fact, some governments and industries seem determined to create ever more significant damage to precious ecosystems, from President Bolsanero of Brazil’s determination to extract more mineral resources at the expense of mass felling of the rainforests, the planet’s most precious and ancient carbon sink, to the announcement by President Trump that the world’s greatest superpower (and historical greenhouse gas emitter) would be withdrawing from the 2015 Paris Climate Agreement.

Then there are the human factors – increased migration from Central America to the US is already being boosted by climate change and rising temperatures have been linked to an increase in migrants seeking asylum in Europe. This isn’t even taking into account internal displacement, as citizens are forced into ever small areas of countries, putting pressures on limited resources and infrastructure.

Such influences may, in turn, already be leading to conflicts, Darfur being described as the first climate war and even the Syrian civil war is linked to climate change-related pressures. This subject, neglected by researchers until very recently, has been given credence by a paper in Nature by Katharine Mach which convincingly describes the considerable threat multiplier of climate effects on any underlying causes for conflict.

All these factors, however, are small beer compared to the potential triggering of tipping points that could lead to an uncontrollable snowballing of factors all adding to ever and unstoppably rising temperatures, something that may have been considerably underestimated.

In this context of adverse climate change-related news, Chris Barrie and the Breakthrough National Centre for Climate Restoration have dared to stare into the abyss to consider what’s next.

Their worst case is pretty bleak but also well researched, based on carbon emissions peaking in 2030 (not unrealistic based on lack of global action on meeting carbon reduction targets). This could see the catastrophe-triggering 3-degree temperature rise being reached by 2050.

At this point, when global temperatures reach 3C above pre-industrial levels, a domino effect is set in the chain, with ice sheets disappearing, permafrost melting, and carbon locked in the land and seas being released in a vicious cycle of temperature raising events. This scenario is known as ‘Hothouse Earth,’ and it does not end well for human beings.

Within a handful of years, global temperatures would go up to 4C. By 2100 they would hit 5C above pre-industrial levels. With that increase, in the Himalayas a third of the ice sheet would be gone, leading to severe reductions in the flow of the great rivers of Asia, coupled with an end to summer monsoons in China.

The Andean ice sheet loss would be closer to 70% and rainfall across Central America would be cut in half. The attendant drought conditions and extremes of heat would be deadly on their own, not to mention that agriculture would be decimated, if not entirely unsupportable.

As countries, and even continents, become increasingly uninhabitable, the movement of climate migrants will lead to ever higher pressure on ever diminishing resources in nearby countries.

The paper claims that scientists have already made clear that it is unlikely that any kind of global organized community can be possible with 4C of warming, let alone 5. In fact, according to the paper, even a mere 2 degrees of warming would lead to the displacement of over a billion people and destruction of environments, infrastructure, and communities that are beyond the capacity of researchers to effectively model.

Human civilization would literally break down under the pressures placed upon it: water shortages, starvation, floods, storms, destruction of infrastructure, disease, war. There would be no mitigating these factors at 5 degrees of warming.

It would be a matter of preventing that temperature rise now or accepting the inevitable consequences in the future. Humanity couldn’t say that it hadn’t been warned.

Since Joseph Fourier calculated the greenhouse effect in 1824, mankind seems to have been dead set on proving his theorizing in practice, with greenhouse gases now at the highest level in human history, a concentration last seen millions of years ago when sea levels were 66 feet higher than they are now.

But there is hope. Just about. The paper claims that nothing less than a global mobilization of resources “akin in scale to the World War II emergency mobilization” can prepare us for the future threats that we have been woefully unwilling even to imagine, let alone prepare for.

Barrie envisages “a massive global mobilization of resources” in order to “Build a zero-emissions industrial system and set in train the restoration of a safe climate.”

And it’s not just Barrie who is hopeful. Recent papers suggest we may also have underestimated one of our oldest and dearest natural allies – the tree. Studies indicate that, out of all the carbon capture technologies under consideration, trees are the ones been rigorously tested and which we know to work and their capacity for capturing and storing carbon could be vast.

And thankfully, some of the most vulnerable countries are recognizing not only the importance of trees but the ability of governments and citizens to come together in saving our future on the planet.

With radical tree-planting campaigns in countries such as India and an incredible 350 million trees planted in Ethiopia in just one day, at least some parts of the world seem to be taking the threat as seriously as Chris Barrie and the Breakthrough National Center for Climate Restoration are asking the West to do.

But the lesson is clear. This is in our hands. Only radical action from humanity, pulling together as a whole, can turn us away from disaster.