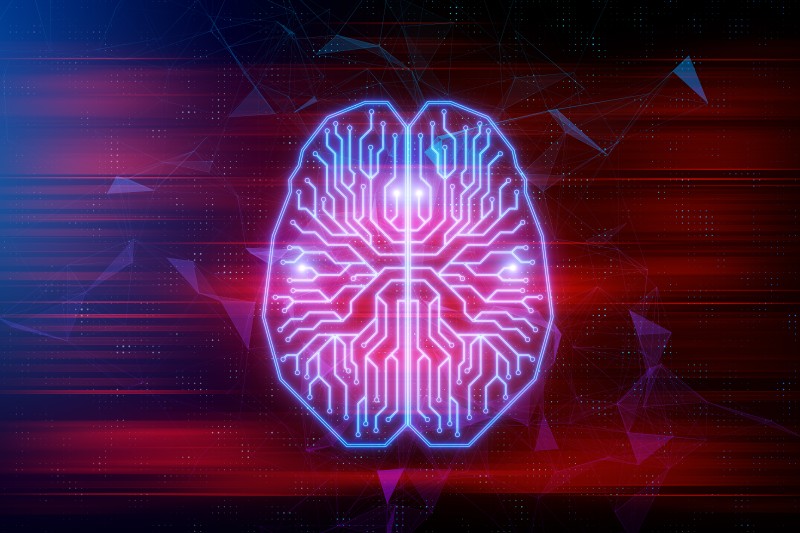 When Elon Musk has an idea, it pays to sit up and pay attention. Whatever your views on Musk, there is no denying that he lives at the bleeding edge of science and technology. Now it seems that his neurotechnology venture, Neuralink, has taken a further step toward linking the human brain with a computer.

The endgame of this project is to allow computers to be controlled through our thoughts.

This sounds like the plot of a slightly terrifying science fiction movie. After all, many of us already fear the day that computers and robots will render the human experience redundant. Musk and his team insist that they are working toward the greater good with this project, however. In fact, Musk believes that Neuralink can actually oppose the growing threat of artificial intelligence.

By intrinsically linking humans and computers, Musk believes that we can stave off any concerns that humans will eventually become an amusing diversion to advanced robots. Back in 2016 – coincidentally, the same year that Neuralink was founded – he explained that he feared a future in which machines would view human beings as pets.

As Musk himself said, “I don’t love the idea of being a house cat, but what’s the solution? I think one of the solutions that seem maybe the best is to add an AI layer.”

So what exactly is Neuralink doing?

You’ll still be forgiven for expressing cynicism about this project. Linking human brains with computers? This all sounds a little too much like tampering with human nature. How will it work, and what will it possibly achieve?

Neuralink intends to create threads which can link our brains to a computer, and grant control over technology. The first target is to aid paraplegics, which should go at least some way to assuaging any fears.

Without access to limbs and appendages, it’s challenging to control a computer. Unfortunately, this leaves such individuals in a tricky spot. We are living in a world where technology is increasingly commonplace and essential, and Siri can only do so much.

This is where Neuralink steps in. The purpose of this advance in technology is to implant a tiny chip into the brain. This, in turn, will communicate with threads that send messages to a computer. These threads, Musk promises, will be incredibly thin – boasting less width than a typical human hair. This means that they’ll be invisible to the human eye.

By making use of this chip and threads, an individual can then send commands to a computer without the need to touch it.

Eventually, this could include anything – from dictating notes and letters, to maybe even playing the latest video game. In some respects, it’s the ultimate advance in virtual reality. You can drop the virtual, however; Neuralink technology is a cold, hard reality.

Naturally, however, Neuralink will not stop at this. While aiding paraplegics is the first step along the journey, there will be a much greater endgame in sight. An end to debilitating brain diseases has been promised.

Musk claims that these implanted chips will one day prove to preserve and enhance the human brain. This, in turn, will change the way we live – and enable us to stand on an equal footing with artificial intelligence.

This all sounds complicated

Oh, it is. There is a reason that Elon Musk is a billionaire that attempts these projects, and we’re not. There will be a great deal of work, from a great many brilliant neuroscientists, before this project is ready for fruition. Neuralink is aiming high, though.

The hope is that this tech will somebody be as commonplace and widely accepted as laser eye surgery among the shortsighted.

Let’s be fair, that sounded like a horrific intrusion once upon a time, too. Being strapped into a chair with laser beams shot into the eye sounded like the twisting plot of a James Bond villain, not a life-changing and aspirational procedure that we’d pay good money for.

The same will surely eventually apply to Neuralink. Cries of, “you can’t tamper with human brains!” will give way to, “you’re operating a computer manually? How retro.”

You can learn more about the Neuralink project by watching this video, in which Musk first announced his intentions.

If you didn’t make it all the way through, there’s one particularly important thing that stands out. This is going to happen.

This is not a pie in the sky idea dreamt up a kooky billionaire with a great imagination. The system has been successfully tested on a simian subject, and plans are afoot to start construction on a human equivalent in 2020. Neuralink may not be stocked on the shelves of Walmart any time soon, but there is no escaping progress.

Of course, it may not be a smooth transition either. There will be teething problems and growing pains. In the words of Max Hodak, the President of Neuralink, “Imagine not having arms before and then suddenly having them and having to figure out how to use them. It’s a long process, it’s like learning to touch type or play the piano.”

Patience is a virtue, however. Nothing good ever came easy, and the life-changing qualities of this technology will surely be worth investing in the necessary effort.

Hasn’t this kind of thing been attempted before?

Yes, it has, and obviously, it was unsuccessful. If the code had been cracked before now, none of us would have fingerprint smudges on our smartphones and tablets.

Neuralink is taking the technology to the next level, and Musk is confident that this time we’ll see real, tangible results. A white paper published by Musk and Neuralink explains the difference between this new dawn and those that came before. As always it’s a numbers game. The term less is more just does not exist in Elon Musk’s world.

Previous attempts to create something similar have used just 256 electrodes. The human brain is far too complex to function with this. Neuralink uses an eye-watering 3,072 electrodes for every array. These are evenly shared across 96 different threads, preventing any kind of overload or risk to the user.

We previously mentioned that Neuralink will also treat conditions connected to the human brain. While the priority remains aiding people that lack the ability to use a computer, these health boons are also being kept in mind.

Epilepsy and Parkinson’s disease have been name-checked, and conditions that could be made a thing of the past by Neuralink.

Eventually, the aims are even grander. Neuralink could aid the blind to see. Naturally, this doesn’t mean that technology can cure blindness.

We’re a long way from achieving that, and in all likelihood, we’re unlikely to see it in this lifetime. Neuralink can potentially provide sight-imitating feedback to those who lack vision, however.

Again, we’re drawn to our virtual reality comparison. If you prefer a pop culture reference point, think Star Trek. Elon Musk is a self-confessed enthusiast of the legendary SF franchise, and Neuralink can seemingly be compared to the eye visor sported by the character Geordi La Forge in Star Trek: The Next Generation.

Watch out for future developments on Neuralink. Elon Musk tends to achieve the majority of what he sets his mind to, and we’d be stunned indeed if this project falls by the wayside. It’s time to stop fearing the relentless march of artificial intelligence and start embracing it.

Working together with machines, the human race will continue to change the world long into the future.