Earth’s poles will swap places but much slower than expected

Catastrophists and conspiracy theorists fearing a world-ending flipping of Earth’s magnetic poles may have to wait a while. 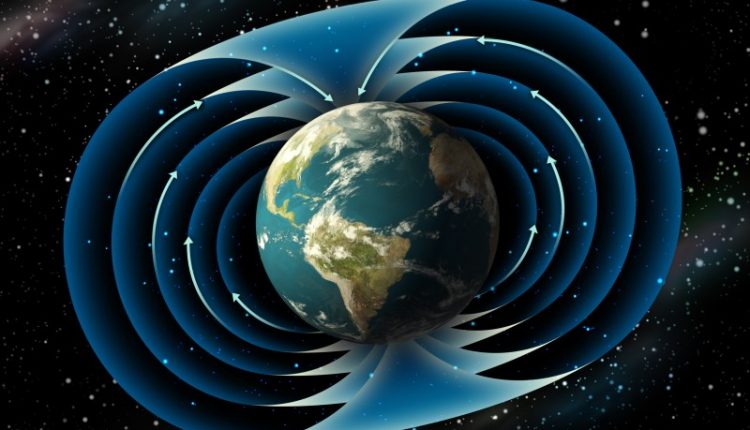 The magnetic poles have swapped places many times over the Earth’s long geological history, not just wobbling about their axis, but flat out swapping north for south and south for north. But the last time this happened, roughly 770,000-780,000 years ago, it turns out it took a good deal longer than anyone had thought.

Geologist Brad Singer, from the University of Wisconsin-Madison, has led a team studying volcanoes (and what more refreshing way to explore anything than through the medium of volcanoes?) to identify the amount of time it took the last pole shift to occur, in research published in Science Advances.

“Reversals are generated in the deepest parts of Earth’s interior,” Singer says, “But the effects manifest themselves all the way through the Earth and especially at Earth’s surface and in the atmosphere.”

Which is why he and his team have studied volcanoes and, in particular, historic lava flows. These fresh flows of molten rock would immediately have begun responding to the Earth’s magnetic pull, the moment they emerged from the depths of the ground.

As they cooled, this reaction was locked in, giving geologists a stratigraphic, chronological map to examine the varying pull and direction of the poles’ magnetic field.

Singer and his team examined rocks from a vast sample area, taking in the exotic islands of Tahiti and Hawaii, as well as sites in the Caribbean and the Canary Islands and in Chile.

This isn’t just in an effort to chase the Sun in a variety of tropical paradises, tracking polar shifts through sediments is no mean feat, and finding the appropriate samples from areas of historic volcanism is required.

“Lava flows are ideal recorders of the magnetic field. They have a lot of iron-bearing minerals, and when they cool, they lock in the direction of the field.” Singer explains, “But it’s a spotty record. No volcanoes are erupting continuously. So we’re relying on careful fieldwork to identify the right records.”

To back up his findings, Singer also consulted the ocean floor. Deposits here are harder to date as precisely, but they do offer a more continuous historical narrative.

According to Singer’s research, in the period running up to the last reversal, known as the Matuyama-Brunhes event, a significant instability in the magnetic field was seen.

This was coupled with occasional ‘excursions’ where the poles made temporary jaunts (‘temporary’ means a couple of hundred years) in the direction of reversing, before returning to their original designation. This unstable period of not quite flipping lasted a whopping 18,000 years, and the period of real flipping that followed took a further 4,000 years.

Give that evidence, it seems likely that, when the poles do finally switch places, and we are well overdue for a switch, given the past patterns of pole behavior, humanity won’t be able to say it hasn’t had fair warning. And we are probably going to need all the warnings we can get.

Although our hominid ancestors clearly got through the last reversal just fine, it’s important for modern humans to be ahead of the curve and, as such, knowing how long the reversal process takes is vital.

In a world dominated by technologies that rely on knowing which way we think north is, most particularly GPS, having the mental map of everything from smartphones to airplanes suddenly and inexplicably flipped upside down could be a significant danger to life and civil infrastructure.

But that’s nothing compared to the chaos we would face if Earth didn’t have a magnetic field at all. Its very presence around the globe means that dangerous charged particles from the Sun, which would cheerfully strip away our ozone layer and subject us to poisonous, if not outright deadly, levels of radiation, are deflected away.

Without it, we’d be sitting ducks. This may be what happened to Mars, which shows evidence of once having had a magnetic field, but no more, and which has had whatever its atmosphere might once have been all but stripped away.

That’s not to mention the effect such particles could have on our information and electrical systems. But luckily most of this dangerous radiation bounces off our magnetic shield or gets trapped in the Van Allen Radiation Belts.

There have been researchers that suggested that during a polar flip the field switches off entirely for a time but, even if this were temporarily true, good science indicates that solar winds would keep us protected until the field came back online.

As unsettling as they may be for human civilizations, the reversals of the poles are a natural a part of the magnetic field, both apparently being produced by the same underlying processes. The flow of molten iron in the Earth’s core causes a dynamo action, generating electrical currents that in turn bring about the vast magnetic field.

Simulations of the process have been seen to spontaneously generate reversals, without any additional data or prompts given to them to do so, other than the same underlying dynamic that causes the Earth’s magnetism. As such, pole flipping seems to be as natural a part of the poles’ as their own very existence.

That said, there have been some who have suggested different causes for polar flips, including impacts from meteorites, although the evidence for this is inadequate, and suggestions of a connection between mass extinctions and the switching of the poles.

Although the number of magnetic reversals far outnumbers historical mass extinctions, it has been suggested that the period of change may be linked to increased convection in the Earth’s core, with higher levels of volcanism and airborne ash, which could lead to species decline.

Even if this threat is unlikely, certainly understanding the underlying dynamic is a fascinating challenge and may be very useful in predicting the timing and nature of future flips. This is why Brad Singer and his team’s latest study of lava flows is so important.

“Unless you have a complete, accurate, and high-resolution record of what a field reversal really is like at the surface of Earth,” Singer says, “It’s difficult to even discuss what the mechanics of generating a reversal are.”


Is it safe for dogs to eat fruit in their diet?
A retired military sergeant reunited his service dog with the prison inmate that trained him
This cat brings her neighbors flowers from her yard every day
Inside St. Tiggywinkles, Europe’s largest wildlife hospital
African wild dogs – a democracy not to be sneezed at
Great dog names to consider in 2019