Losing a close friend is as devastating as that of a family member – and, in some cases, even greater. 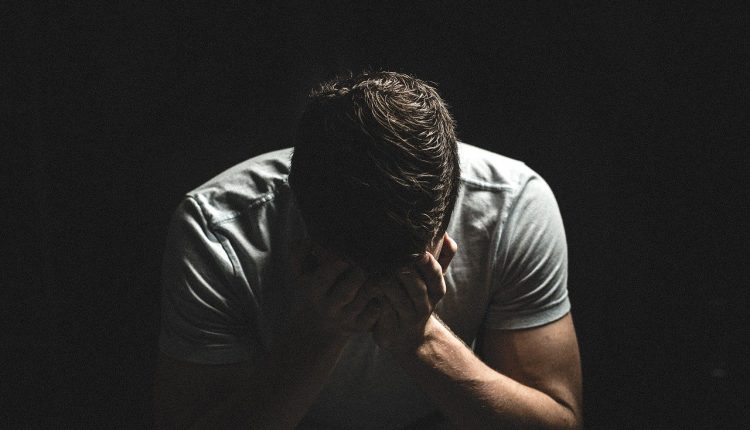 Grief is always a difficult situation and something that everybody handles differently. Further layers of complexity are applied when we consider what is deemed an ‘appropriate’ level of grief.

The Journal of Death and Dying discusses what has been dubbed the hierarchy of grief. The purpose of this hierarchy is to determine who can be considered a more ‘legitimate’ mourner in times of grief.

Attend a funeral, and you will see this hierarchy in action. Spouses and children of the deceased will be considered the most pivotal figures at the ceremony, followed by siblings and family members, and finally friends.

This suggests that a mourner should not – or feels they cannot – express their sadness in public. Something in our psyche tells us that it would be inappropriate to do so, as we’re not directly related to the deceased. Admittedly, however, that’s unhealthy on many levels?

The death of a close friend hits hard

Few studies have been conducted on the grief of a close friend. Until recently, all scientific research has focused on family members. Is that because of the Hierarchy of Grief, or does it merely add weight to that argument? It’s a real chicken-and-egg situation.

A study published in PLOS ONE attempts to balance this debate by investigating the short-and long-term implications of the death of a close friend. In surveying a group of individuals that lost a friend, in comparison to a testing group that had not experienced grief, the results were telling. The study confirmed that losing a close friend is comparable to a death in the family. In fact, in some cases, it was even more devastating.

The bereaved individuals experienced sharp drops in their physical and mental health, in addition to general life satisfaction. Social functioning also took a substantial hit. Arguably, these issues were magnified by an inability to express grief publicly in a way that would be considered appropriate if the same fate befell a family member.

The impact of losing a friend on an individual’s career must also be taken into account. Very few businesses will grant compassionate leave to an employee that wishes to attend a friend’s funeral, and they’re even less likely to allow paid leave for the grieving period. When we lose a close friend, we are expected to carry on as though nothing has happened.

This has the potential to cause severe psychological damage, and it’s undoubtedly worth reconsidering. For many people, friends are the family they chose for themselves. The death of a friend can completely change the course of somebody’s life.

Why is the grief of a friend not taken seriously?

That’s the big question, and it’s a query that lacks a satisfying answer. Perhaps it stems from outdated values surrounding the nuclear family.

Some people believe that we outgrow friendships as we age, marry, and have children of our own, considering friends to be superfluous. For many people in the 21st Century, that is not the case. A study from Arizona State University described friends as ‘psychological kin.’

The immediate impact of losing a friend is obvious. Many of us rely heavily on our friends for moral support in times of hardship. The realization that such a support network has been removed can be devastating.

Then we factor in the difficulty of disenfranchised grief. While mourning, we can be prone to experiencing a form of survivor’s guilt. We dearly want to console – and seek comfort from – others that also loved the dearly departed.

However, we feel that it would be inappropriate, or even invasive, to do so. We’re led to believe that approaching the spouse or family of the deceased is poor form. This is their time for grief – not ours. This leaves bereaved friends in a state of perpetual limbo, unable to share or manage the burden of their loss.

None of us are getting out of here alive

The death of a friend can also spark an introspective study into our own mortality. Friends are our peers, and bereavement of a peer is often a reminder that none of us are going to live forever.

This is especially prominent in those who lose friends while young. Sudden, unexpected bereavement can be hugely traumatic and change the entire way somebody looks at the world. The elderly may have a different approach. Most older people have accepted that they are closer to goodbye than hello.

Bereavement of friends sparks a different set of problems for seniors, though. For older individuals, some of whom may have already outlived their spouses, the grief of a close friend cuts off another connection to the world at large. Every loss leaves an older person feeling increasingly isolated.

Ultimately, the loss of a friend needs to be taken more seriously by mental health and psychological professionals throughout the world. There is no one-size-fits-all solution to managing grief.

Equally, it is unhelpful to assign levels of grief to particular losses. Bereavement is not a matter of one-upmanship. It must be managed and respected in all cases.