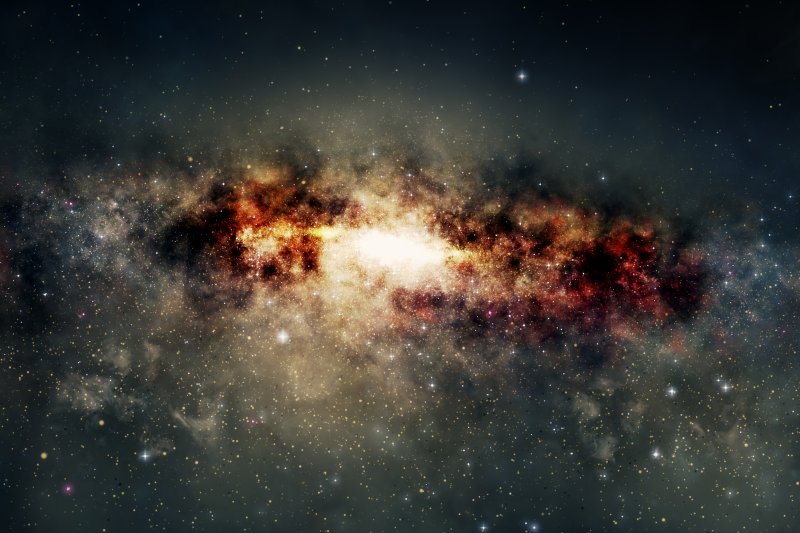 Astronomer and physicist, Tommi Tenkanen, of Baltimore’s John Hopkins University recently released a study in the journal, Physical Review Letters, debating the origin of dark matter. In this study, Tenkanen elaborates on a mathematical formula that may argue that dark matter pre-dates the Big Bang.

What does that mean, though?

According to Tenkanen, a connection exists between particle physics and astronomy, which may explain the existence of dark matter.

Given the way that dark matter particles interact with the universe around them, they are definitively a non-standard particle and a potential lead that may help scientists better understand the makeup of the universe.

Until recently, astronomers and their peers addressed dark matter in similar terms to normal matter, even given the difference in the matter’s behavior.

Tenkanen now states that, if astronomers and others considered dark matter particles entirely separate entities from standard matter particles – by suggesting they came into existence prior to the Big Bang – these industry leaders could better explain the matter’s behaviors and purpose.

The Big Bang represents the known – or proposed – beginning of the universe. It dates back to 13.8 billion years ago.

If dark matter had been produced by this explosion, just as the most known matter was, then Tenkanen poses that it would have appeared alongside the particles physicists have experimented on and linked to the Big Bang already.

To account for this disconnect, Tankanen crafted a mathematical formula to date dark matter. Through this formula, he poses that dark matter existed before Cosmic Microwave Background radiation spread throughout the rest of the known universe.

Why? Because the makeup of the matter created via CMB radiation suggests formation by a heat bath. Comparatively, space expansion produces scalar particles – or particles distinctly different in makeup from normal matter.

Tenkanen states that “The key finding of my study is that not only so many scalars may have formed during such a state that they constitute dark matter, but that they leave a unique imprint on the large scale structure of the universe—which formed much later, after the Big Bang,”

But what do Tenkanen and his peers know, precisely, about the mysterious substance referred to as “dark matter”?

Dark matter is a material that astronomers, physicists, and other leading bodies operating in the astronomical field have yet to understand. While it takes up space in the universe around everyone, no human can see it with the naked eye. Why?

Dark matter does not interact with light in the same way that normal particles of matter do. Instead, dark matter refuses to adsorb, reflect, or emit light.

This explains why it is so difficult to detect in space – but it opens up more new questions about the matter’s substances and makeup.

To complicate matters further, no astronomer or scientist has been able actually to detect dark matter. Academic and scientific leaders have been trying for years, but given the lack of evidence, these individuals have had to conduct experiments while hypothesizing about dark matter’s existence.

Why bother with the additional research if no one can prove that its subject matter exists?

According to Tenkanen, there is no other explanation for the vast, interactive mass that actively blocks out the light of stars.

Let’s break down the universe for a moment. At this point in time, astronomers and their peers are unable to identify the substances making up 95 percent of the known universe.

What they do know is that dark matter massively outnumbers visible matter, making up 27 percent of the universe’s mass. Another 68 percent is merely referred to as “dark energy” – an ominous named used to describe a physical force that remains obscure.

The standard matter that humans can interact with and observe is said to make up less than 5 percent of the known universe.

Dark matter, at least, has offered industry leaders leads regarding its structure. Because scientists can detect its lightless nature, they can make an effort to study it. Thus all the more reason experts like Tenkanen would want to understand better what they are facing.

With so few answers available regarding the subject, Tenkanen’s research offers the field an academic boon – and new leads to go on.