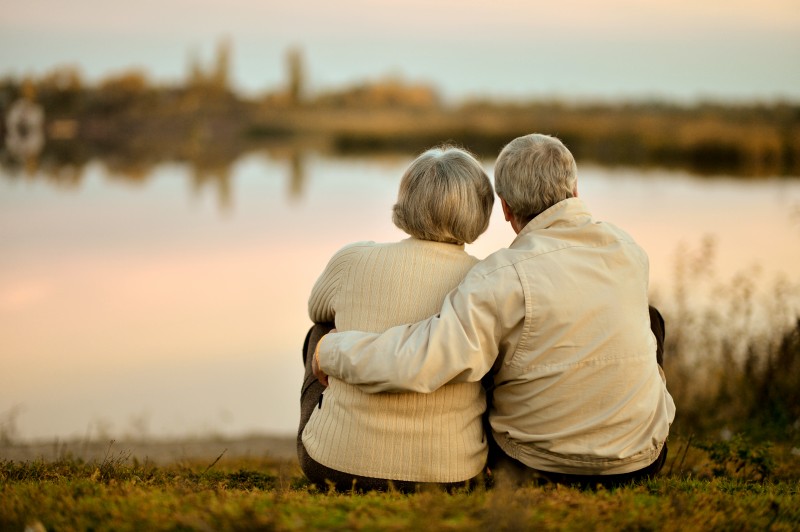 People with this character trait are more likely to live a healthy life.
Share
Tweet
Pin it

Choosing to hitch your metaphorical wagon to another person and spend your life in a monogamous relationship is a big decision. Naturally, this means that’s one that should be taken very seriously. Studies have shown that people that decide to spend their life with a conscientious partner are likelier to enjoy good health and a higher quality of life well into their senior years.

Conscientiousness is one of the five key traits that comprise an individual’s personality, alongside emotional stability, open-mindedness, agreeableness, and extroversion. Psychologists use questionnaires with multiple-choice answers to measure these characteristics.

These questionnaires are not dissimilar to those that you’ll find online. Perhaps the only difference is that we’re a long way from a BuzzFeed writer being invited to provide evidence in court as an expert character witness based on which Hogwarts house you’d be sorted into.

Of these core characteristics, all of which are important to physical and mental health, conscientiousness has been intrinsically linked with living longer. This, it seems, is due to the sense of discipline that’s instilled inside a conscientious individual as a matter of course.

People with this character trait are more likely to live a healthy life; being cautious of what they put into their bodies, exercising regularly, and listening to the advice of healthcare professionals.

If you’re married to one of these individuals, you’re likely to follow their lead. Forging a union is all about enjoying life together, and that’s tricky to do when one partner is a couch potato that orders takeout five days a week while the other is taking long walks and preparing a kale salad for supper.

Even if conscientiousness doesn’t come naturally, the impact of a partner can rub off on you. A study of over 2,000 married seniors found that the conscientious habits of one partner had a positive impact on their spouse.

I’m still young. I don’t have to worry about all of that for years yet

Maybe not – as we mentioned, the previous study that we linked to pertained to senior individuals. However, the findings were also relevant to younger people. A study completed at the University of Strathclyde in Glasgow investigated the impact on the quality of life of younger people, based on their level of conscientiousness, and that of their partner.

Now, before we go any further, let us discuss and elaborate on what quality of life actually means. After all, mileage will vary based on the individual. Some people will consider their life to be perfectly fine if they’re married, paying a mortgage, and raising children by the age of 22.

Others will feel that they have a raft of adventures to get out of their system first, and will not even think about settling down for another decade.

Some will consider progress through the corporate ladder and promotion at work to be critical for personal satisfaction; others take a, “work to live” philosophy, preferring to spend just enough hours in the office to finance their true passion.

The definition of quality of life according to the World Health Organization is, “a state of complete physical, mental, and social well-being, not merely the absence of disease.” In other words, while we should all be glad and thankful to be in good health, there is more to the pursuit of happiness than just surviving another day.

To achieve a quality of life, we should be in robust physical condition, blessed with mental clarity, able to enjoy the company of friends, and above all, be happy in our day-to-day affairs.

Or, at the very least, be content. What this study intended to learn is whether a conscientious partner can help us find this contentment at any age.

Let’s take a look at what makes somebody conscientious. Despite the name, this trait does not involve volunteering at the local soup kitchen or attending protests against social injustice. Instead, conscientiousness is linked to an organized and careful (some might say cautious) lifestyle. Typical traits of a conscientious individual include:

Now, these traits will not be everybody’s cup of tea in a partner. Some people like to have the option of quitting open to them. It’s hard to imagine that some of these qualities would not rub off on a partner, though. They could potentially provide a different – not necessarily better, but different – outlook on life.

And how did this study shake out?

182 couples were surveyed, ranging in age from just 18 to as high as 72. The average was 36, and although some couples had been together for only six months, the average length of the relationship was ten years.

The vast majority of the couples also cohabited, so they spend a great deal of time in each other’s company. The surveys were conducted privately and individually, so each partner could not confer with their other half and compare notes.

This, it seems, was linked dramatically to health. Anybody with a conscientious partner believed that his or her health had improved since getting together.

This is where the length of the relationships becomes interesting. It seems that conscientiousness in one partner but not another can be a sink-or-swim scenario. If one half of a relationship is meticulous and organized and the other lives in a whirlwind of chaos, it will become grating pretty quickly. There can be a fine line between encouragement and perceived nagging.

If one partner routinely bristles at reminders to eat better, see a doctor about a persistent cough that won’t clear up, or get more exercise, a relationship is inevitably doomed to fail. Something will have to give eventually, and a conscientious partner is unlikely to lapse into anarchy.

The study proves, however, that conscientiousness is key to a long and healthy life – at any age. By all means, we’re all entitled to have fun while we’re young. Eventually, though, we’ll need to decide whether our choice of partner is good for us or potentially toxic.

Making the right decision can add years to your life. It seems that the earlier you make this choice, the longer you’re likely to live.