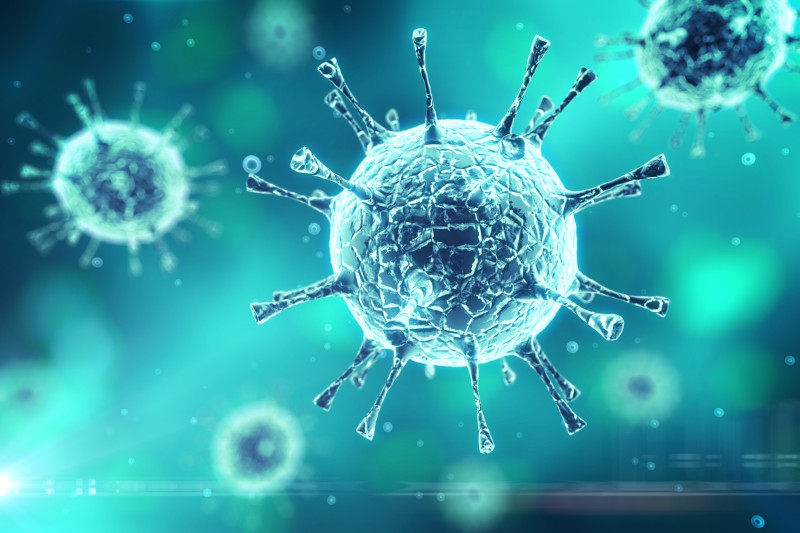 Cancer and the common cold occupy extreme ends of the health concern spectrum. Sniffles is usually a temporary inconvenience. It may leave us incapacitated and feeling sorry for ourselves for a few days, but it rarely becomes anything more serious. Ultimately, it’s the only thing to do is retire to bed and sleep away any unwanted germs.

Cancer, as we know, is an altogether more frightening proposition. Bladder cancer is particularly troublesome to treat. Side effects are plentiful and unpleasant, and the cancer is really eradicated in a single treatment. Recurrences of bladder cancer are common, and more often than not, the disease returns with a renewed determination to wreak havoc on the human body.

We’re comparing these wholly disparate healthcare concerns for a reason. Firstly, they have something in common – science has been unable to identify a direct and effective cure for either ailment.

Now, however, a breakthrough in bladder cancer treatment has been discovered. The common cold virus has been found to shrink cancerous tumors in the bladder, making aggressive treatment considerably easier using immunotherapy. What’s more, aside from the inevitable sniffles that accompany a cold, there were no side effects noted.

How is bladder cancer traditionally treated?

It’s always worth booking yourself in for a check-up if you experience these symptoms, but there’s no need to start writing a will just yet. These symptoms are also related to a host of other health conditions, all of which are treated with a dose of antibiotics.

You may have a urinary tract infection or even an STI. The latter will potentially be awkward to explain, but it’s infinitely preferable to cancer.

To test for bladder cancer, a healthcare professional will typically perform a cystoscopy. This involves slipping a small tube into the urethra, which has a camera attached. This allows a doctor to take a look at what’s unfolding inside your body.

Basically, a cystoscopy is a colonoscopy for your bladder. This investigation may also be complemented by scans and the study of urine samples.

If you get the bad news that you are dealing with cancer, treatment will obviously be necessary. The traditional methods for treating bladder cancer are:

As you’ll see, bladder cancer treatment is no picnic. This is why this latest breakthrough is so exciting, and a potential game-changer for the medical community.

And how does the common cold virus help fight bladder cancer?

In the past, bladder cancer has been tackled using live bacteria associated with the disease of tuberculosis. This method of treatment was pioneered back in the 1970s.

The bladder is infected with these bacteria, which then get to work on attacking every single cell in the body – including those that are cancerous.

This has been effective, but there’s a snag. Namely, that the patient is primarily being infected with tuberculosis. We immunize against this disease for a reason. It has extremely nasty side effects, including high fever, internal and external bleeding, inflammation of the bladder, and intense pain.

When somebody is already battling cancer, another major health concern is the last thing they need. Also, the virus can be troublesome to cultivate and to maintain.

The medical breakthrough that we’re discussing involves using the coxsackievirus, aka the common cold, as opposed to bacterial tuberculosis. A catheter is attached to the bladder, and the virus unleashed for around one hour.

The coxsackievirus reacts to a protein found in the bladder known as ICAM-1, which is found in much higher quantities in bladder cancer patients. The virus then gets to work on killing cancerous cells without discrimination or pause. These cells will then be shed through urination.

Now, here comes the smart part. Healthy red blood cells in the body that are not impacted by cancer detect the coxsackievirus and eliminate it on sight. It’s only cancerous cells that have lost the ability to do this.

This means that the common cold virus will be limited to attaching itself to unwanted, cancerous cells, and leave the rest of the body untouched.

This will ‘activate’ the immune system, which swoops in and tidies up any trace of the coxsackievirus that is not attacking cancerous cells.

Of all the patients that were treated using this methodology, no side effects were reported after the procedure. Not even a sneeze or a sniffle. Unwanted tumorous tissue was removed after the injection of coxsackievirus, and no cancerous cells were found within.

This suggests that the coxsackievirus is destined to become the most impactful and frequently prescribed treatment for this form of cancer.

So if I have a cold, am I immune from cancer?

Sorry, not quite. The coxsackievirus does not prevent cancerous cells from forming. It just attacks and eliminates them while they do – and only when injected directly into the bladder, in a concentrated form. Don’t start stealing tissues from fellow subway passengers immediately after they sneeze.

We’re still a long way from officially curing cancer, just as science is still seeking a cure for the common cold. By fusing these two conditions, however, medical professionals have found a use for the latter.

As bladder cancer is an increasingly common concern (it accounts for 5% of all cancer diagnoses, and is estimated to impact almost 60,000 Americans), this breakthrough could be a revelation. If it leads to further discoveries, the future may start to look considerably brighter for oncology patients.