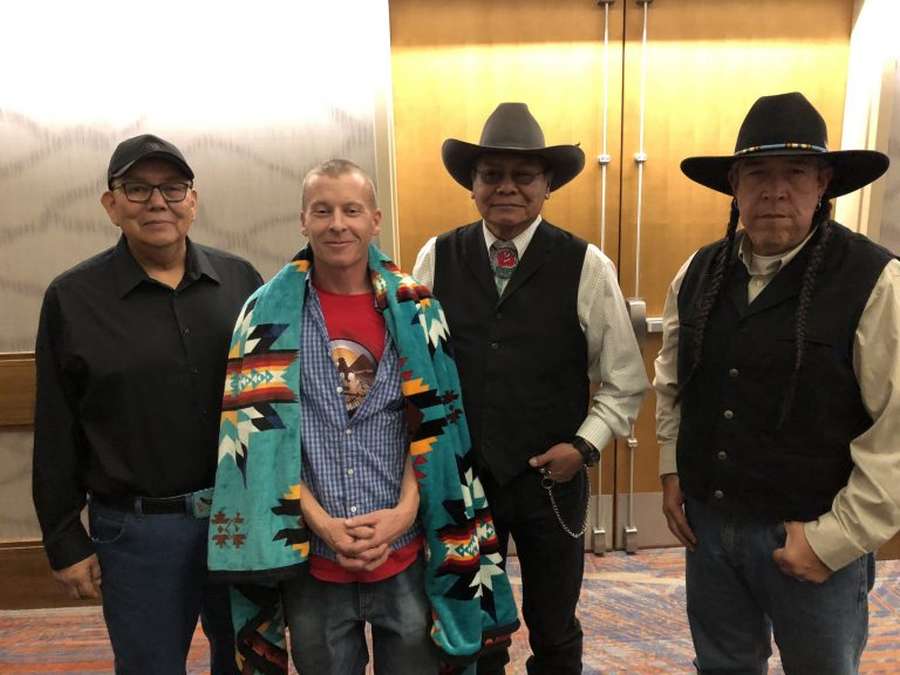 Encroaching on Native American land is a problem experienced by the entire community across the country. However, a landowner in Colorado recently decided to step up and give back the land that he bought to its original inhabitants.

After discovering ancient artifacts that belonged to the tribe which previously resided there, the man was curious to know more. What followed pursuit was a heartwarming story of a man willing to give back what was rightfully the tribe’s ancestral land.

Who Used to Occupy Land in Colorado?

Rich Snyder an artist and plumber purchased land on Wild Horse Mesa back in 2015. However he had no idea about the history of the land or what it stood for. All he wanted was some inexpensive property to build a homestead and get away from the grid and the hustle of city life. And he did spend 3 years on this beautiful piece of land to witness the most stunning sunsets and meteor showers.

Pilot Picks Up Family in Private Plane After Maskless…

As he started exploring the land he came across artifacts of a community that had lived there for several years. Some of the things that he found included stone arrangements that formed fireplaces, a stone ax, and chimneys.

He also found a rock table that was probably used for slaughtering animals by the ancient tribe. After digging around and conducting some independent research he learned about the Ute hunter-gatherers. This community had lived in the San Luis Valley for nearly 12,000 years.

Unfortunately this tribe was unlawfully evicted from their land in the 1800s. Thus Snyder decided that this was not his land and gave it back.

Returning the Land to the Ute Tribe

Snyder got in touch with the Utes via UteTribe.com and informed them that he had found multiple artifacts that belonged to the community. A few years later and multiple email correspondences later he gave the land back to the Utes.

The land was valued at around $10,000 as it was when Snyder had bought the land initially. Snyder’s good deed’s has rather started a chain reaction as now the Utes are buying back more land on the Wild Horse Mesa and the surrounding areas.

The tribe believes that their ancestral land houses the spirits of their community. The land is their culture and ties them all together hence it rightfully belongs to them. Many people are drawing inspiration from Snyder’s actions and are now choosing to give back their land to its original owners and are tracing back tribes who lived there.

Today Snyder is in Iowa and saving to buy another homestead. The Ute tribe honored him with a ceremonial blanket at the National Congress of American Indians in Denver where he also spoke to the crowd.

Along with these gifts Snyder was also given buffalo fur at the Bear Dance on the Ouray Reservation. More people can draw inspiration from Snyder’s actions and give back land to its actual tribal resident as an act of goodwill.

Street Artists Transform an Ordinary Building into a Spectacular Bookcase