Colonization of Mars is an impossible dream 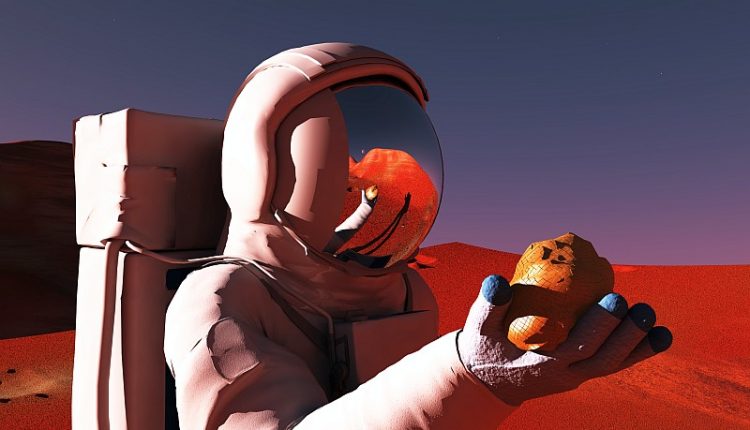 Elon Musk has made a career out of pushing boundaries surrounding space and technology. This meant that his intentions to colonize Mars for future human generations raised eyebrows. If anybody could pull this off it was the CEO of Tesla, right?

It seems not. Experts have recently come forward to explain just why we’re going to be remaining on Earth for the duration of our lives. Forget everything you read in the works of Ray Bradbury, and ignore the tales of bug-eyed monsters from 1950s movies. Mars and Earth are just too different ever to be interchangeable.

Why would anybody want to live on Mars anyway?

In theory, Mars is the planet in the solar system most similar to Earth. That doesn’t make it welcoming or habitable for humans, though.

Texas and Antarctica are both parts of the same planet. Leave a penguin in downtown Houston, and you’ll have a problem. An armadillo wouldn’t fare much better in Atwater Hill. If life that has evolved to flourish on Earth cannot cope with different territories, what hope do we have on other planets?

It’s not just animals that struggle. Anybody used to the sun-kissed climate of California will battle to adapt to the cold, wet and windy Scottish highlands. Moving planets would amp up this incompatibility to the nth degree.

But why exactly is living on Mars completely out of the question?

There are so many reasons, all of which have been eloquently laid out by George Dvorsky of Gizmodo. In summary:

The atmosphere of Mars is considerably thinner than that of Earth. What little air is available is packed with carbon dioxide, too. Basically, it will be impossible to breathe without a helmet. Your $200 haircut will be completely wasted.

The average temperature on Mars is minus 80 degrees, and it can get as low as minus 200. For the record, temperatures of minus 40 can leave a human with hypothermia inside five minutes.

Mars has very limited gravity. This will make for appealing reading if we step on the scales, as we’ll drop around a third of our body weight. That will have devastating long-term effects on our health, though.

Mars is coated with a thick field of radiation. The cancer risk will be through the roof from the moment we set foot on the planet’s surface.

Practically nothing grows on Mars, thanks to the hostile environment. Agriculture will be next to impossible to cultivate. It would be like living in the harshest desert conditions imaginable.

If you’ve been prepping for a new life on the Red Planet, adjust your expectations. There is a slim chance that we may visit Mars within our lifetime, but humankind will not be creating a new civilization there.

At best, Mars will be a short-term vacation destination. We’d need to remain inside at all times, and wear appropriate protective clothing. That might be appealing in the short-term. It could even be an adventure, like traveling under the sea.

Would you want to live out the rest of your days indoors, under artificial lights, sustaining yourself on synthetic food though? Thought not.

What about the other planets? Should I get a real estate agent on Saturn?

Mercury is out of the question. This planet’s proximity to the sun ensures that the core temperature would be unsafe for humans. Venus would not be much better – the planet’s surface is packed with red-hot, active volcanoes.

Saturn and Jupiter are both gas-based planets. Their moons may be habitable someday, but we’re a long way off that. Uranus has a similar lack of solidity. Besides, you’d have to put up with childish people smirking every time you gave them your address.

The Triton moon of Neptune offers up some interesting possibilities. You’d have to pack a thick sweater, though. Triton is believed to be the coldest object in the solar system, narrowly beating out a serving of McDonalds French Fries. We’re not even touching Pluto at this stage. Who knows whether it will be a planet or not by the time we look to colonize.

All of this suggests that it’s a case of Earth-or-bust for the human race. Hopefully, this will encourage us all to start taking better care of our planet. After all, it’s likely to be the only one we ever have.