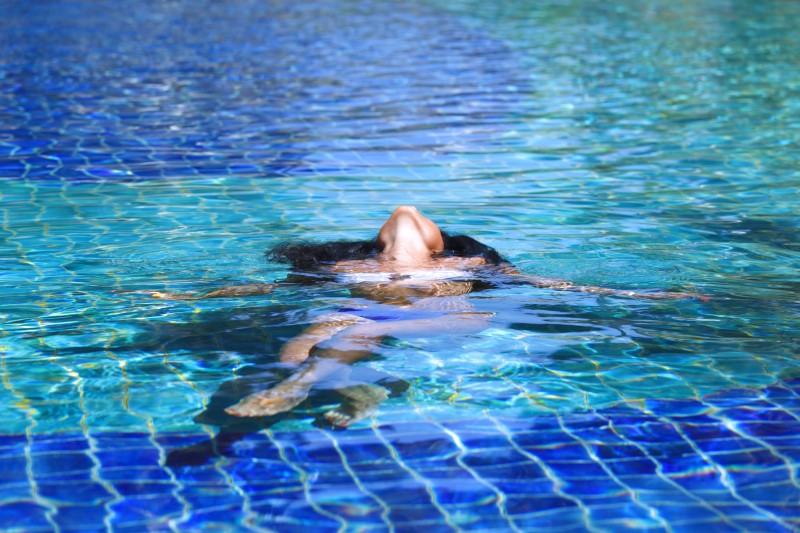 Chlorinated pools can turn sunscreen into a toxin that causes cancer

A poolside vacation is one of life’s simplest pleasures. For a glorious week or two, we don’t need to think about work, rent or mortgages, or family commitments.

The kids are off being entertained by a professional, and there’s nothing to do but bask in the sun and catch up on that pile of paperback thrillers that has been building since last summer.

Naturally, in such circumstances, we’re always advised to apply plenty of sunscreens. It’s no secret that direct exposure to the sun’s rays leaves us at serious risk of skin cancer. As we’re becoming increasingly conscious of climate change, that has become an even hotter button issue – if you’d pardon the pun.

Now, however, a new study has shown that we have something else to be careful of. It transpires that sunscreen mixed with chlorine creates a lethal cocktail on wet skin. Not only will the sunscreen’s protective qualities be neutralized, but two dangerous new chemicals will be released.

The results of this can be catastrophic. Issues with the nervous system, liver and kidneys, infertility, and a weakened immune system have all been linked with the combination of sunscreen and chlorine. It’s enough to give anybody pause for thought.

Great, so now my sunscreen is trying to kill me?

It’s not your sunscreen that’s the problem, per se – it’s a particular ingredient found within it. Namely avobenzone.

You’ll be hard-pushed to find a sunscreen that does not contain avobenzone, as it’s the most powerful tool for blocking UV rays. Smothering your skin with this chemical is actually a good thing. It drastically reduces any risk of skin cancer, as it prevents the rays of the sun from causing damage.

If that’s the case, where’s the issue? As we mentioned, problems arise when you combine avobenzone with chlorine – which, naturally, is found in most commercial swimming pools. If the pool also contains copper salts, which makes the water look blue, the results are even more dangerous.

Put simply, the combination of avobenzone and chlorine breaks down the former. This is already a problem. If the avobenzone has been dissolved, you’re no longer protected from the sun’s UV rays. Also, however, acetyl benzenes and phenols are released when chlorine meets avobenzone.

These are the toxic chemicals that make humans sick. We mentioned a laundry list of health complaints linked to these compounds. Scientists are recommending that anybody who wears sunscreen should avoid swimming pools – it’s the only way to be safe.

So should I not wear sunscreen?

Whoa, there’s that’s not what we’re saying. If you’re going to be spending any kind of time outside in hot conditions, sunscreen is an absolute must. Besides, it’s not only this product that contains avobenzone. You’ll also find it in a range of over-the-counter cosmetics, including moisturizers and lipstick.

You have five options to avoid the health concerns connected to mixing avobenzone and chlorine.

1)    Stay dry. If you don’t get in the pool, your skin remains protected, and you won’t need to worry about any unwelcome chemical reactions.

2)    Take a dip in the pool, but avoid the sun. Stay in shaded areas, and wear as many layers as possible. This is very risky, however. Even a short time spent in water can expose your skin to dangerous levels of UV.

3)    Save your swimming for the sea. There is a range of benefits to this anyway. It’s certainly healthier than using a pool, even if it’s a little less convenient for a hotel-based vacation. Just remember to reapply sunscreen when you’re done – it will still wash off in seawater.

4)    Find a sunscreen (and cosmetic range) that does not contain avobenzone.

5)    Ignore everything that scientists have to say, and enjoy your vacation. Those eggheads are just jealous of your bikini body and are trying to ruin your fun.

Naturally, we’re going to advise against option 5 strongly. We have no doubt that you do indeed look fabulous, but these studies are released for a reason. Take care of yourself in the sun – Mother Nature isn’t interested in doing that for you.

Finding sunscreen without avobenzone can be a tricky business. As we have mentioned, it’s hugely popular due to its effectiveness. You will, however, be able to find a product if you’re prepared to shop around and pay a little extra.

Numerous completely natural and organic sunscreen products contain no traces of avobenzone. You may not find them in a supermarket or traditional pharmacy, though. Shop around online, and check reviews to ensure that the product is effective and safe. Of course, it’s you’re feeling brave you could even make your own sunscreen.

You’re right not to. There is a wide range of health risks surrounding excessive amounts of this chemical.

Chlorine damages the skin. Have you ever emerged from a long dip in the pool with what appears to be a rash? That’s because chlorine reacts to the natural bacteria found in human skin, causing irritation.

The good news is that chlorine kills off unwelcome, invasive bacteria. The downside is that it’s indiscriminate, and also zaps good essential bacteria. A result is a mild form of dermatitis, caused by chemical burns. Always take a shower after swimming in a chlorinated pool – and keep an eye on any rashes that form.

Chlorine damages the eyes. It’s always advisable to wear goggles while swimming in a pool, to protect your eyes. If you splash chlorine into your eyes, the tear film is destroyed. This is a very thin layer of protection over your eyes that keeps them moist and protects our eyes from bacteria.

Once the chlorine has had its way, your eyes will feel dry and possibly look red. It will feel as though constantly have grit in your eye until the tear film repairs itself.

Chlorine damages hair. If your hair feels damaged and devoid of life after a swim, you can thank our old friend chlorine. Human hair contains a natural oil known as sebum, which chlorine strips away.

With sebum, our hair starts to dry out and look frazzled. Wash and condition your hair after any swim in a public pool, and avoid such bodies of water if you use dye. The chlorine can react to hair dye, and turn your follicles into all kinds of crazy colors. If you must use a public pool, wear a swimming cap. It may not be much of a fashion statement, but it’s better than the alternative.

Despite how this sounds, we’re not saying that all chlorine is bad. Neither are we attempting to make you phobic of communal swimming pools. Just be mindful of the impact that chlorine will have on your body – inside and out.

Sometimes, a few extra precautions can make all the difference to your health and safety. If you take these steps in the present, you’ll be considerably more comfortable in the future.