China getting close to workable nuclear fusion with its “artificial sun”

The Chinese are closing in on the holy grail of sustainable energy. 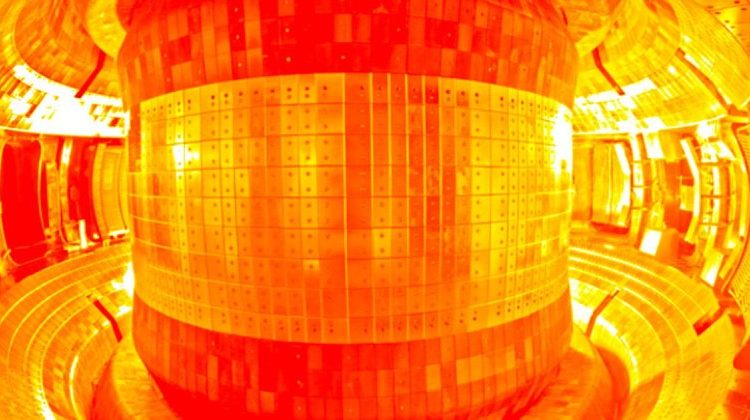 Back in March, researchers in China were confidently predicting that a workable fusion reactor would be in operation by the end of 2019. We’ve reached that chronological milestone now, but has science finally caught up to the dream of replicating the energy-producing methods of the sun?

Because that’s what HL-2M tokamak, also known as the ‘artificial sun,’ is being created to do. An update in November announced that everything was ‘going smoothly’ in its construction and installation of the coil system, delivered back in June. As for whether the facility will work, when it is switched on in 2020, this remains to be seen.

Based in Chengdu, Sichuan province (famous for its hot sauces), the tokamak apparatus is intended to generate plasma that will go up to temperatures of 200 million degrees Celsius. Now, that’s some hot sauce. In its first phase, it would aim to produce 200 megawatts of power, ramping up to a whopping full gigawatt in phase two. Operations are being directed through the auspices of the Southwestern Institute of Physics, under the China National Nuclear Corporation, as part of an international project (the International Thermonuclear Experimental Reactor, or Iter, project) which has already seen very nearly a billion dollars of investment by the Chinese.

The tokamak itself is a device for generating a magnetic field powerful enough to contain (and confine) a body of plasma. The fusion reaction in that plasma will then generate heat, which will be absorbed by the tokamak’s walls and transferred into creating steam to drive a turbine, just like in a conventional coal or gas-fuelled power plant. The design was first conceived way back at the dawning of the atomic age in the 1950s by Soviet scientists Igor Tamm and Andrei Sakharov, with the first working model created by Natan Yavlinsky and the name being a compound of ‘tok’ from the Russian for electrical current and ‘mag’ for magnetic field.

The HL-2M is an upgrade on the HL-2A and brings to four the number of major working tokamaks in China, although other, smaller devices have also been built and used over the several decades of China’s pursuit of fusion energy since the 1960s.

There’s little wonder China, and all of humanity, has so long kept up the attempt to crack the sun’s secret, fusion would create a near limitless supply of energy with a fuel source of hydrogen, the most abundant elements in creation.

But it’s not a simple process to replicate. Just as the sun experiences unexpected solar flares, plasma can be an unstable substance, subject to unexpected shifts. If the plasma should escape the magnetic field and touch the walls of the container, we’d all be in a whole lot of trouble. These events are called ‘disruptions’ which, although it sounds minor, can be powerful enough to briefly lift hundreds of tons of concrete and steel up in the air by a centimeter. As such, predicting the when and wheres of disruptions has become key to developing workable fusion energy.

There have been many false alarms in the search for nuclear fusion, including the supposed discovery of cold fusion (creating a fusion reaction at room temperature using deuterium) by Stanley Pons and Martin Fleischmann in 1989, an unrepeatable experiment that did much to sully the concept, although a Google-funded project may be set to revive this wild idea. Even tokamak style fusion is still in its infancy, with the science of fusion still not fully known, being worked out in these million-pound facilities, let alone the practicalities of making it a workable energy source.

And there are critics of the whole fusion endeavor altogether, pointing to the inevitable radioactive waste and damage, and need to shield humans from it, that comes even with fusion energy, which depends of neutron-rich forms of hydrogen, such as tritium and deuterium, that are themselves non-renewable, unlike the pure hydrogen the sun itself digests.

But nonetheless, China is investing big time and, with the rest of the world, watching with bated breath to see if this time is the breakthrough that could deliver us all infinite clean energy into the future.


Mobile phones are killing the planet and they’re only getting worse
New Philippine law would require students to plant 10 trees if they wish to graduate school
The Marshall Islands are a nuclear catastrophe waiting to happen
Scientists are close to inventing spray-on solar panels
Lake found at 11,000 feet in the Alps may prove climate change is real
The riskiest states in US to live that are most likely to experience a natural disaster