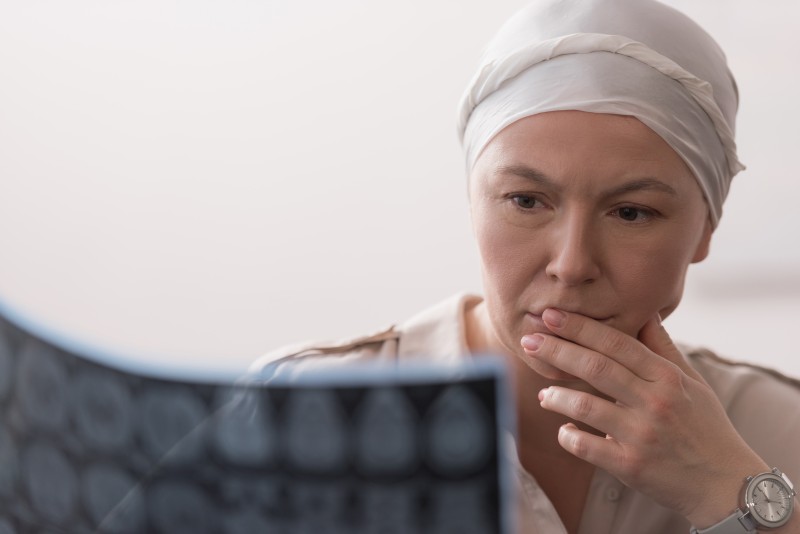 UK Research reveals drugs used for chemotherapy are being implicated as the cause of death in a concerning number of cases.

In an innovative study carried out by Public Health England (PHE), alongside Cancer Research UK, researchers have studied the numbers of deaths of sufferers of cancer, not from cancer, but caused by the drugs used to fight it.

The research, published in The Lancet Oncology, which specifically monitored patients who died within 30 days of starting treatment, looked at the cases of 23,000 women with breast cancer and nearly 10,000 men suffering from lung cancer, all of who had chemotherapy treatment in 2014. From this cohort1,383 individuals had died within those first 30 days.

The rates of early death, where the cause of death was seen as the chemotherapy treatment, varied relatively widely from cancer type to cancer type, but in all cases, there was an unexpectedly significant number of early deaths attributable to the medication.

The Lancashire Teaching Hospitals had a 28 percent mortality rate within the first 30 days, caused by chemotherapy, although those being treated were receiving palliative care for untreatable cancer, so were not expected to recover.

Within these parameters, some hospital trusts seemed to have higher than average results. Blackpool, Coventry, Derby, South Tyneside, and Surrey and Sussex all had higher than the national average deaths from chemotherapy, and roughly 20% of those receiving palliative breast cancer care at Cambridge University Hospitals died as a result of their treatment in the first 30 days.

There were even higher spikes, such as in Milton Keynes, where lung cancer treatment saw a 50.9% death rate from chemotherapy, making the medication more deadly than cancer itself. However, it must be stated that the sample size from Milton Keynes was particularly small and thus easier to statistically skew.

The research from PHE was shared with the hospitals concerned, in the hopes that it could help to encourage better practice.

“Those hospitals whose death rates are outside the expected range have had the findings shared with them,” Dr. Jem Rashbass, the cancer leader for PHE explained, “We have asked them to review their practice and data.”

But this report should in no way be seen as a warning against the use of chemotherapy in cancer treatment as a whole.

“Chemotherapy is a vital part of cancer treatment and is a large reason behind the improved survival rates over last four decades,” Dr. Rashbass explained, “However, it is powerful medication with significant side effects and often getting the balance right on which patients to treat aggressively can be hard.”

Chemotherapy is, indeed, a powerful and aggressive treatment. Alongside radiotherapy, chemotherapy is the metaphorical nuclear option for dealing with cancer.

It acts on cancer cells, preventing them from reproducing, to halt their growth and spread and can be used in one of a few ways, with different aims, either to cure cancer, prevent cancer’s return, aid the effectiveness of other treatments (ie radiotherapy) or simply to relieve symptoms if the cancer is impossible to cure.

While the medications aggressively and successfully fight the action of cancer cells, they are not able to differentiate healthy cells from cancerous ones.

As such, the drug treatments inevitably leads to side effects that patients have widely reported as incredibly unpleasant, often including combinations of some of the following; tiredness and exhaustion, hair loss, nausea and vomiting, dry and sore skin, sore mouth, vulnerability to infections, and either diarrhea or constipation.

“Chemotherapy is an important part of treatment for many people with cancer,” Peter Johnson, the chief clinician for Cancer Research UK said, responding to the research, “Having information about how well it is being delivered is vitally important to patients and to the health service.”

Others have been more circumspect in their reactions.

“The statistics don’t suggest bad practice overall but there are some outliers,” Professor David Dodwell of St James Hospital’s Institute of Oncology in Leeds replied, “It could be data problems, and figures skewed because of just a few deaths, but nevertheless it could also be down to problems with clinical practice. I think it’s important to make patients aware that there are potentially life-threatening downsides to chemotherapy. And doctors should be more careful about who they treat with chemotherapy.”

All of the hospitals used in the survey have since confirmed that they are happy that to continue prescribing chemotherapy and experts seem to be agreed that, when it comes to chemotherapy’s health risks, it’s all about finding a balance.

“The concern is that some of the patients dying within 30 days of being given chemo probably shouldn’t have been given the chemo,” says Professor David Cameron of the Edinburgh Cancer Centre, “But, how many? There is no easy way to answer that, but perhaps looking at those places/hospitals where the death rate was higher might help.”

Because, as much as PHE’s research demonstrated a significant incidence of deaths attributable to anti-cancer medication, the risks in withdrawing chemotherapy are equally severe, no matter how real its potentially life-threatening side effects.

“If we give less chemo then some patients will die because they didn’t get chemo,” Cameron continues, “It’s a fine balance, and the more data we have, the better we can be at making sure we get the balance right.”