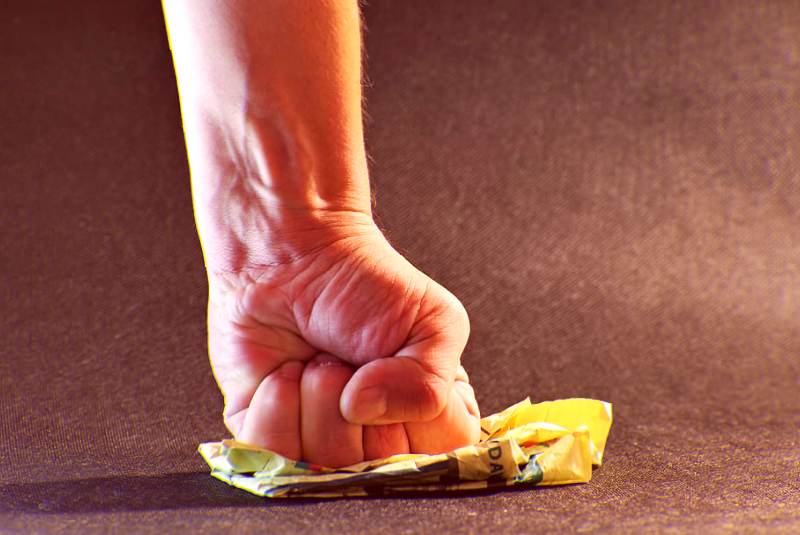 “Bully” is a strong word. When we hear it, the first thing we think of is children stealing lunch money and doling out swirlies in the school bathroom.

The fact is, though, bullying exists throughout the world. In fact, even the President has been accused of displaying typical bullying behaviors.

Part of the problem with bullying is that, once we reach the adult world, there is no hard and fast definition of the term. How can we tell if we are a bully – or indeed, if we’re being bullied?

To assess whether or not we could be considered a bully, certain stereotypes must be cast aside. We touched upon the trope of the high school jock earlier, but that isn’t always accurate.

Bullies are not necessarily intellectually limited, perpetually angry buffoons that cannot process emotion through cognitive thought. As explained by The British Journal of Developmental Psychology, many bullies demonstrate high IQ and social awareness.

We’re not saying that this means bullies are friendly people that are just misunderstood. Smart people are as capable of being douchebags as stupid people. It just means that bullies come in many forms – including with a smile.

There appears to be true in the old cliché that all bullies are cowards at heart, though. Bullies use their intelligence to pick out a perceived easy target, much like a lion carefully identifies the slowest gazelle in the herd to hunt. As explained in The Romanian Journal of Developmental Psychology, bullies like to target victims with low self-esteem. This makes them less likely to retaliate and gives the bully a sense of power. This, in turn, boosts the bully’s sense of self.

Think of bullies as confidence vampires. The more self-assurance they can suck from a victim, the more poise and composure they appear to enjoy for themselves. This eventually leaves a bully with an ego the size of a planet – and that can be tricky to maintain.

Bullies will maintain consistent tactics to retain this sense of self-satisfaction. As the journal Trauma, Violence, and Abuse confirms, this means that most bullies lack any traditional sense of empathy. To a bully, their victim is not a human being with hopes, dreams, fears, and feelings. They are just a tool to be utilized to achieve the bully’s own goals.

Get to the point nerd, or I’ll give you a wedgie. Am I a bully or not?

It’s tempting to say that if that you’re worried about whether you’re a bully, you’re probably not one. As discussed, bullies lack empathy. If you take a moment to stop and consider the consequences that your actions may have on others, you have at least some level of conscience.

If you’re anxious, take an online empathy test. Such tools are not fail-safe and are no substitute for a professional psychiatric evaluation. Let’s take this one step at a time, though. There are certainly a handful of behaviors and attitudes that point toward bullying tendencies. These include:

These warning signs could apply to any situation in your personal or professional life. It’s at work, however, that these concerns come to the fore.

Bullying in the workplace is an increasing problem. A survey from the Workplace Bullying Institute found that almost 20% of Americans considered themselves to have been bullied – and that’s just the people that were willing to come forward.

Many more may feel this way but are afraid to verbalize their concerns through fear of career repercussions. Anglia Ruskin University ran a study that confirmed that schoolchildren face a common dilemma about whether their treatment merited ‘snitching’ on a bully. Adults face the same dilemma, arguably with even greater stakes. Is reporting inappropriate behavior to HR worth risking your job over?

In a high-stress working environment, a manager may bawl out staff on occasion. In the eyes of the manager, they’re just attempting to motivate their team to be the best versions of themselves possible. To the person being shouted at, however, it’s likely to feel like a calculated, personal attack.

We also need to assess the different environments of the workplace and societal attitudes toward the power dynamics within them. A dentist yelling at their hygienist would be considered more horrifying by most than a stockbroker tearing strips off a junior counterpart. This, in turn, is seen as very different from a restaurant manager screaming in the face of waiting staff. None of this is acceptable behavior toward a fellow human being trying to do their job, though.

Bullying can scar people for life. If you have any doubt at all whether you’re a bully, it’s advisable to think about moderating your behavior. Justifying your actions as ‘tough love’ or ‘getting results’ doesn’t fly in the modern world. Even if you think everybody is just too sensitive these days, that’s your cross to bear. Like it or not, it’s the bullies of the world that need to change – not their victims.