A breakthrough in Quantum Teleportation as the first Qutrit is teleported 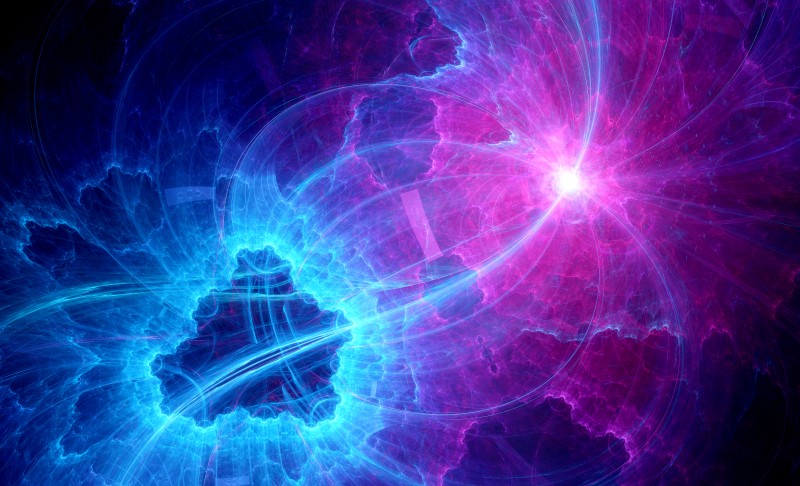 Quantum teleportation is a well-founded discipline already, taking full advantage of the ‘spooky’ (Einstein’s own word for it) properties of quantum entanglement. For those not already aware of its uses, it’s essential to get Star Trek out of your head from the get-go, this is the transfer of information across vast distances, not people or things.

So far, the principle hasn’t been made to work on anything larger than a molecule.

The base unit that is teleported is known as a qubit, which devotees of quantum computing and teleportation alike will already be well aware of. This is the fundamental particle at the heart of quantum computing, an object that can be read as a one or zero (on or off/true or false) or a superposition of both.

Using the concept of quantum entanglement, whereby a particle is split, and any change made to, or state observed in, one half of this particle will instantaneously be imposed on the other, information can be transferred over vast distances at incredible speeds.

The first proof of the tricksy concept of teleportation came over twenty years ago, in 1998. Since then the distance over which the information has been transferred has steadily increased from a matter of meters to over 100 kilometers, on the Earth’s surface at least, with Chinese scientists sending entangled objects into orbit to see quantum teleportation at a distance of 1400km.

And, in theory, there should be no upper limit on the distance apart in which the sender and receiver elements of the qubit can be placed while still remaining entangled.

So that’s where quantum teleportation stands so far. Now it gets even more complicated and spooky. Teleporting a qutrit is the next step. Like the qubit, it is able to be in a superposition of any of its states, but it is also able to occupy a state of one and two (like the qubit) or three.

This allows for a considerable amount more information to be sent at once. And if a particle with three different states sounds like a tricky thing to create – it is.

In a paper available on arxiv.org (and soon to be in the peer-reviewed journal Physical Review Letters), a research team has demonstrated the ability to create and teleport this new quantum particle.

The researchers took a photon (the fundamental particle of light) and used an arrangement of beam splitters, barium borate crystals, and lasers to split the photon’s path, into three separate but close paths, and thus create a three-part entangled object – their qutrit.

Their teleportation wasn’t flawless, however. They measured twelve different entanglements and received a 75% success rate but, for a first try at creating and teleporting a new quantum object, perfect wasn’t what the researchers were looking for.

Equally, the setup period to generate the qutrit was long and slow, but they remain undaunted. Because, for now, it is enough to prove that qutrit teleportation is possible, not just theoretically but practically.

“Combining previous methods of teleportation of two-particle composite states and multiple degrees of freedom, our work provides a complete toolbox for teleporting a quantum particle intact,” the researchers write, demonstrating that this is just a first step on the road to more practical applications in the future.

The team’s only immediate fear is that they may have been beaten to the punch. A report in Scientific American shows that a rival group, who have yet to have their research peer-reviewed, have also managed to teleport qutrits, although their efforts have only been recorded across 10 quantum states rather than 12.

Quantum teleportation is still an impressive and mysterious area of practical physics. It was initially named in 1993 by Charles Bennett, whose co-authors Asher Peres and William Wootters preferred the less science fiction term ‘telepheresis,’ and used the principle of quantum entanglement, an area of physics that still messes with the minds of many an undergraduate, to create practical applications.

This area of quantum behavior is what had Einstein freaking out so much that he described entanglement as ‘spooky action at a distance’ and feared that it may mean there was something fundamental lacking in our understanding of the quantum realm.

In fact, if it were not for the fact that the received information can only be taken up at the speed of light or less, the changing state brought about by one half of a qubit on the other would seem to break the theory of special relativity. But already we are seeing those bizarre anomalies preparing to be harnessed for everyday practical applications.

Quantum teleportation presents the possibility of an incredible leap forward in encrypted communications, with the potential to even create unhackable networks, where any attempt to break into the code being transmitted would be an attempt to violate the very laws of physics (and, in case you needed telling, those laws definitely can’t be broken, no matter how great your hacking skills).

This is because, in order to preserve the laws of physics, the state change that communicates the information from sender to receiver is destroyed once sent, preserving the fundamental principle in quantum physics known as ‘no-cloning.’

And this is what makes quantum teleportation so useful in encrypting data, since no copies can be made, and since any effort to ‘eavesdrop’ on communication will bring about a quantum state change, instantly revealing the act of eavesdropping. These same fundamental laws are also behind the handling errors which still need to be resolved in quantum computing.

The researchers behind the arxiv paper are certainly optimistic about the breakthrough which their experiment represents.

“We expect that our results will pave the way for quantum technology applications in high dimensions,” they write, “Since teleportation plays a central role in quantum repeaters and quantum networks.”

Quarks and electrons may have consciousness

Could this be a working time machine?