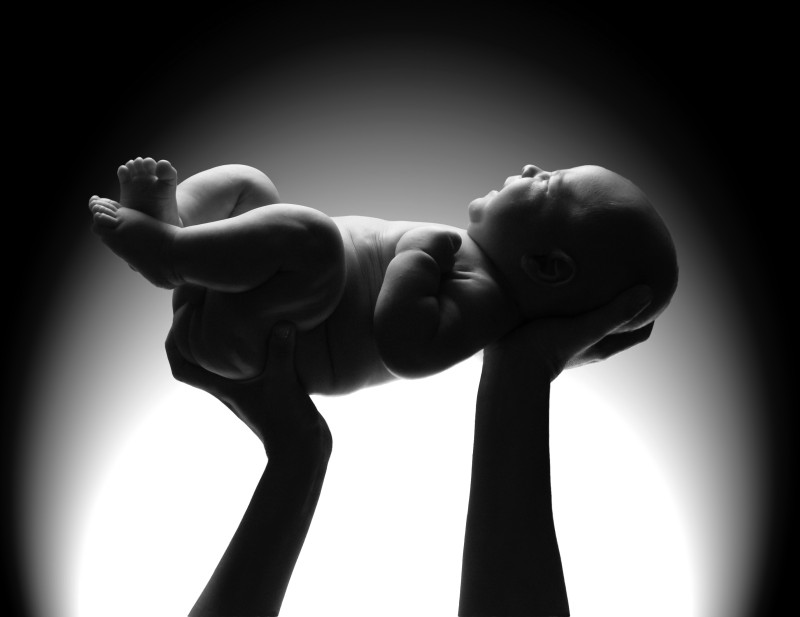 Editor’s update: On the 8th of October 2019, the UC Berkeley study which found that those with a delta-32 mutation in both of CCR5 gene copies would die earlier than 76 years, was retracted. The study’s lead author went public and highlighted that adequate checks were not conducted leading to a faulty conclusion. While the issue of unforeseen effects in CRISPR babies still stays valid, the possibility of earlier death is back in testing.

The stories of experiments on humans are not new. They have been a part of science fiction novels such as Frankenstein from as early as 1818. The novel itself was inspired by the works of a real-life alchemist who engaged in biochemical and medical experiments two centuries before that.

Those with the knowledge of human bodies and a passion to better them have always looked for ways in which fantasies like immortality, immunity, higher strength, and resurrection could be achieved.

Real-life examples such as that of Francis Crick (1916 – 2004, believed that life on earth was in fact seeded by extraterrestrials), Ilya Ivanov (1870 – 1932, granted permission by the Bolshevik government to breed ape-humans by inseminating chimps with human sperms and human women with chimp sperm) and Nikola Tesla (1856 – 1943, believed he was in contact with extraterrestrial beings) are only a few in a relatively long list.

With the massive progression of science and technology today, ideas that were previously considered too radical seem to be in more significant reach. One example of this is the CRISPR gene-editing technique.

It is a method by which genomes of living things can be edited by deleting or adding genes. CRISPR, which is based on the CRISPR – Cas 9 antiviral defense system, has been experimented on mice and monkeys for a while.

In 2018 however, a Chinese researcher He Jiankui presented his work on two genome-edited human babies, nicknamed Nana and Lulu. The process was carried out with parental consent and was an attempt to make the babies resistant to the HIV virus.

While the experiment cannot really be considered a technical breakthrough since CRISPR has been experimented with for a while, His work has been condemned for being immature, unethical, and unnecessary.

As a result, He was fired from the Southern University of Science and Technology and his plans for opening a ‘designer baby destination’ fell through.

What did Jiankui actually do?

He Jiankui and his team used molecule scissors to cut edit the CCR5 gene that allows HIV to enter the body. With CCR5 disabled and replaced with the variant CCR5 D32, healthy embryos can be created with an HIV-positive sperm and healthy egg combination.

After the editing, the embryos are implanted into the uterus waiting for full and healthy pregnancy. With this particular experiment, the babies were born prematurely in October 2018.

As a result of the alteration, the twin Nana was born with two edited copies of the protein, which can mean that she is immune against the most common HIV strain. The other twin, Lulu has only one edited copy, which means that she can still contract the virus.

With every baby, the genes undergo approximately 100 mutations by chance. That is how differences in generations over the years form. The biggest concern surrounding He’s experiment is that after disabling the CCR5 protein, several unintended mutations also occurred.

While these mutations were judged to be harmless by He’s team, their long-term impacts, especially in later generations, cannot be fully predicted. Through his experiment then, He has actually played with the lives of not only Lulu and Nana but their subsequent generations as well.

Mosaicism has also been identified as another issue with the CRISPR technique. Mosaicism is when the division of eggs starts before the gene-editing takes place. As a repercussion, the resultant babies have a mixture of cells with and without the alteration.

He’s presentation did not thoroughly approach this issue, which means that the team was uncertain about whether mosaicism existed and if yes, what impacts are expected.

Later the slides presented by He were analyzed by Gaetan Burgio, a CRISPR expert from the Australian National University. Burgio commented that the off-target mutation existed in the embryo cells and not the subsequent samples, which proves that mosaicism did exist.

Why the embryos were still implanted, therefore remains a significant concern. To this, He commented that the parents were fully informed of the situation and they even decided to go ahead with the implantation.

The results of the experiment already show that Lulu has a chance of still contracting the virus. Any off-target mutations that may have occurred and later alter her quality of life would have, therefore been for nothing.

Similarly, a report by Greshko for National Geographic notes that CRISPR babies are at risk of life expectancy lower than 76 years. And with less drastic and increasingly more effective methods to prevent HIV on the rise, such radical genetic editing was unnecessary.

What does it mean for the scientific community?

He Jiankui has become the poster for the human gene-editing scandal even though investigations into the project have shown that he was not alone in this. Frederick reports in the Science Magazine that He Jiankui was actually able to meet with investors and collaborators who shared an interest in genetically enhanced children.

Even after the significant controversy and with collaborators backing out, scientists are careful not to denounce the merits of the CRISPR technique or gene editing in humans. Such methods are considered to be critical in managing genetic diseases where cells from a person’s organs can be used to repair the damaged ones using CRISPR.

Having said this, CRISPR is still under development, and the results are neither accurate nor wholly understood. With the example of Lulu and Nana, it might be years before the outcome of their altered genes come forth.

From an ethical standpoint, the twins need continuous monitoring and care for the rest of their lives. This in itself is likely to have a negative impact on their quality of life even if they remain healthy and HIV-free.

The questions that remain are this: is it time for the world to start experimenting with gene editing because scientists have to start somewhere sometime? What else is the way to learn more about beneficial technologies if not through experimentation, which includes the possibility of mistakes? As a race, are we at the gene-editing stage of evolution?

These are the questions that need debate and discourse prior to practice.