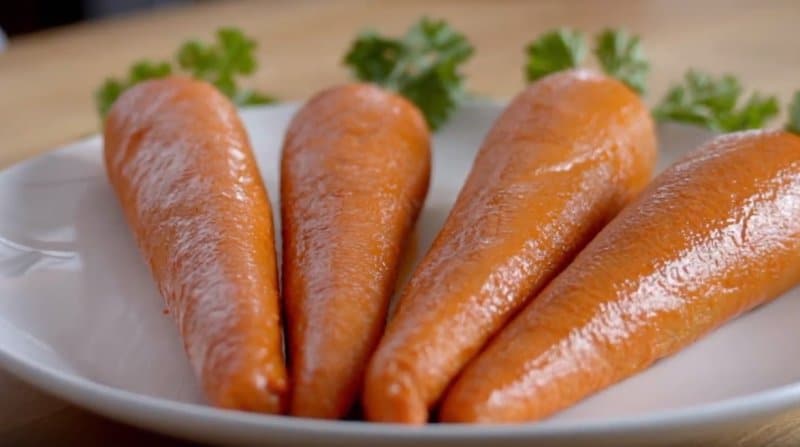 There has never been a better time to follow a plant-based diet. More and more restaurants cater to vegetarian or vegan consumers, and the sustainability of such a lifestyle has been recognized by science.

One of the biggest developments to arise from the world going veggie-crazy is ‘meatless burgers.’ Until comparatively recently, a vegetarian had two options where it came to burgers. A pile of salad without the meat, or a mass of pulses and beans squished together.

These days, fast food restaurants and diners are offering burgers that look – and taste – identical to the real thing. Several are even challenging customers to tell the difference in blind taste tests.

Arby’s, the strictly carnivorous sandwich chain with over 3,000 chains, has taken a different tack. Rather than meat made from vegetables, they’re offering vegetables made from meat.

With a catchphrase like, “We have the meats,” Arby’s was unlikely ever to embrace the vegetarian revolution. Indeed, many senior figures from within the chained rejected any plans to diversify their menu. Talk of teaming with the likes of Impossible Foods were flatly denied.

Eventually, the arrival of meat-centric vegetables was announced. Jim Taylor, the President of the brand, remains bullish, however. “Plant-based meats are the latest incarnation of making vegetables look like what Americans really want, which is great, tasty meat,” he claims.

Little information is available about the range just yet. One thing we do know to anticipate is The Marrot. This, it appears, will be the jewel in the crown of the Arby’s vegetable empire. As the name suggests, it’s a meat-based carrot.

To be precise, the marrot is created from turkey breast. The turkey will be chopped and rolled into a carrot shape, rolled in a marinade to apply an appropriate flavor, and colored orange before cooking. All is not entirely lost though, vegetarians. The green top of the marrot is genuine parsley, albeit purely for garnish.

You can watch the marrot being made in this video.

Just be aware that it may be a while before you can enjoy the marrot for yourself. It seems that Arby’s have been forced to make the announcement sooner than they would have liked. Concerns were raised that people would assume this was a joke. As we all know, Arby’s take their meat very seriously.

Well, that depends on your perspective. They’re obviously not actual vegetables, so you’ll get none of the health boosts associated with carrots.

If there is one small health bonus to claim, it’s that they’re made from white meat, not read. The marrot is unlikely to end up on any doctor’s recommended diet, though.

If you’re concerned about your health and want to embrace the meat/vegetable crossover, try out the likes of the Impossible Burger and Beyond Meat Burger.

Make no mistake, these burgers are processed to within an inch of their lives. They’re far from organic. They do contain additional vitamins and minerals, however, which may offset any concerns.

Vegans and animal lovers are probably better off sticking with the Beyond Meat Burger. Vegan Action have confirmed that this burger meets their standards. Impossible Foods make the same claim but do concede that animal testing is conducted on the soy leghemoglobin that provides the burger with protein.

I still don’t understand why Arby’s are doing this

In all honesty, it looks like a masterful act of trolling from the brand. After all, the likes of Burger King. McDonalds and Wendy’s have changed tack in recent years.

In offering the Impossible Whopper, Burger King is moving away from their flame-grilled roots. McDonalds is due to begin testing the PLT, or Plant, Lettuce, and Tomato Burger, in Canada later in 2019. Wendy’s are also making noises about offering vegan-friendly menu items.

Despite this, only 5% of Americans identify as following a strict vegetarian diet. This creates an opportunity for Arby’s to slip into the role of America’s favorite fast-food chain for carnivores.

For many, only the opportunity to sink their teeth into a meat-based burger will do. This ensures that Arby’s can retain their dedicated customer base – and maybe attract new diners.

Right now, the chain ranks far below more established rivals in terms of popularity. Let’s see how that changes in the coming years.