Scientists have discovered new indicators of the onset of Alzheimer’s, appearing potentially decades before symptoms emerge. 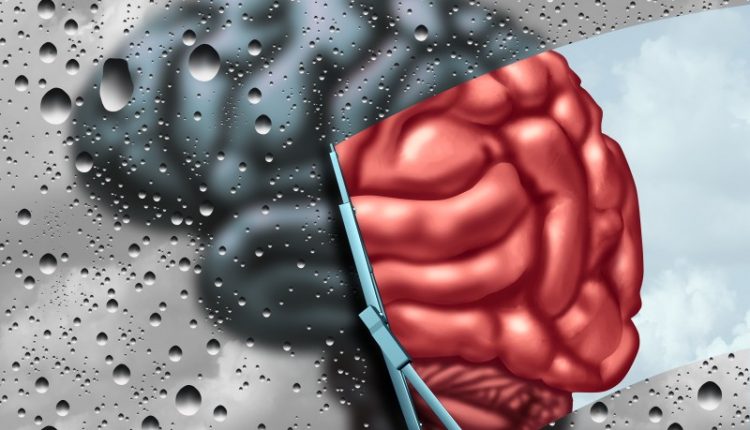 Catching Alzheimer’s early has long been a big priority in treating the disease, but it is something that has not always been easy. Not only that but, by the time the signs are there, the treatment possibilities are increasingly limited.

But now scientists at the John Hopkins University of Maryland, USA have shown results from research that seems to have discovered significant early indicators of the disease’s onset, in a study recently published in Frontiers in Aging Neuroscience.

The study followed a group of people, all of whom had a family history of Alzheimer’s, and was thus at high risk of developing the disease, by studying their medical records from as far back as 1995 and up until 2013. Of the 290 people surveyed, 81 had developed cognitive problems or dementia by the end of the study, which was not unexpected.

However, the significant factor revealed by the study was that these individuals’ medical records gave indications of changes several years before the onset of any symptoms.

On the cognitive front, scores from tests measuring thinking processes showed declines as early as 11-15 years before the onset of symptoms. Meanwhile, inside the brain, records of MRI scans revealed that the part of the brain associated with memory management (the medial temporal lobe) experienced slight but definite decreases in its rate of change.

This occurred between three and nine years before the emergence of any Alzheimer’s symptoms. The same team at John Hopkins has previously conducted studies that found a connection between shrinking tissue in the medial lobe and cognitive impairment, bringing home how significant these minor changes could genuinely be.

Alongside the MRI scans, the John Hopkins researchers also had access to data on the patients’ cerebrospinal fluid levels. These samples also showed significant results, in fact, arguably the most shocking of all the data received.

In the fluid of the patients who later developed cognitive impairments, there were increased levels of tau protein, which is now associated with the onset, if not causation, of Alzheimer’s.

Typically tau particles are useful for binding and stabilizing microtubules in the brain. In Alzheimer’s, the tau protein molecules form filaments, which become tangled within brain cells in so-called neurofibrillary tangles. These build-ups interfere with the internal communications of those cells.

Finding these early increases in tau proteins piqued the researchers’ interest. Using computer modeling to analyze the data, the results suggested that the appearance of raised tau protein levels occurred an average of 34.4 years before the apparent onset of Alzheimer’s. As early markers go, that is quite a result.

Laurent Younes, one of the research groups, is enthused about the findings. “Our study suggests it may be possible to use brain imaging and spinal fluid analysis to assess the risk of Alzheimer’s disease at least 10 years or more before the most common symptoms, such as mild cognitive impairment, occur,” she says.

Previous efforts to find early warning signs in the disease have included attempts to monitor these amyloid protein plaques on the brain, in a test that could be conducted as part of a standard eye examination. Other efforts have included simple smell tests, which work due to the inability of Alzheimer’s sufferers to differentiate or identify certain smells.

The race to detect and treat the disease as early as possible has only been made more pressing as the condition becomes more prevalent, already the sixth most common cause of death in the US and increasingly as high in incidence in the general population as diabetes and obesity. In the rapidly aging populations of the Global North, this situation is only likely to worsen.

But, even if doctors could catch Alzheimer’s decades early, what can then be done about the disease with this extra warning? Or would it merely be a Sword of Damocles hovering over the patients destined to develop dementia?

So far, advice has been based on six pillars of treatment, including regular exercise, better diet, social engagement, mental stimulation, well-managed stress, and good quality sleep.

These may sound ideal regimens to respond to a wide range of conditions, or simply just to lead a better life, but the science behind them slowing (or their absence speeding up) the onset of Alzheimer’s is reasonably well-founded.

There are also medicines available for easing symptoms and slowing the development of the disease, such as Aricept and Exelon, but these are only effective if taken in the early and mid-stages.

The majority of these prevent an enzyme called acetylcholinesterase from breaking down acetylcholine (which is at lower levels in a patient who is suffering from Alzheimer’s) and so allows nerve cells to communicate more effectively.

This may ease some symptoms of Alzheimer’s disease for a while. As such, catching Alzheimer’s early (even 30 years early) can only be a benefit.

The John Hopkins research is still in its early days and is based on a relatively small sample size, but it is hoped that this is the beginning of more effective early detection and intervention to combat Alzheimer’s. There may be no cure for it yet, but understanding how it develops is a good start.

Team member Michael Miller is confident that more can be achieved. “Several biochemical and anatomic measures can be seen changing up to a decade or more before the onset of clinical symptoms,” he says, “The goal is to find the right combination of markers that indicate increased risk for cognitive impairment, and to use that tool to guide eventual interventions to help stave it off.”

We may not be there yet, but, with this breakthrough, we’re much closer than we were.