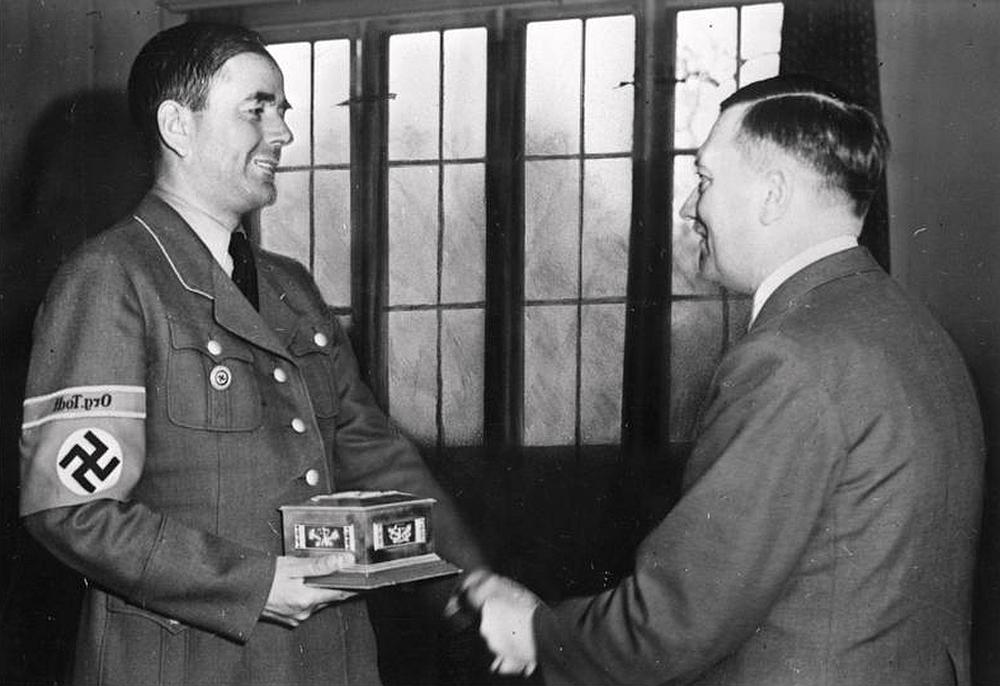 On April 30, 1945, Soviet troops took over the Reich Chancellery in Berlin, and Adolf Hitler committed suicide. The capital of the Third Reich was defeated and the war was practically over. However, Hitler’s successor, Karl Donitz, fled to northern Germany and formed the Flensburg government.

An interesting man came to the attention of the Allies – Albert Speer, a famous architect, Minister of Armaments and War during the Third Reich, and Hitler’s close friend. During the war, he doubled the weapon production and managed to arm Germany so that it could withstand the constant attacks of the Allies. This was possible thanks to the millions of people’s slave labor in his factories, starving and working to exhaustion.

Speer arrives in Flensburg aware that the Allies aim to prosecute Nazi leaders of war crimes. And he, like many others, realized that if he was captured, his fate would be decided. But unlike his fellow brothers, he did not commit suicide.

The Albert Speer “hunt” was an unusual practice back then. The United States was determined to bring him to court, but the former banker and then vice president of the US Strategic Bombing Service, Paul Nitze, had another plan. Towards the end of the war, the United States hoped that the bombing of Japan would end the war in the Pacific. But to make it happen, he needed to understand Germany’s strategy, which had maintained its military machine perfectly in recent years while being repeatedly bombed. That’s why they needed Speer. In May 1945, the main task was to capture Adolf Hitler’s most trusted advisor.

Immediately after Hitler’s death, Donitz made a radio announcement that Germany would continue fighting against the Allies (though the loss was clear to all). Speer has been appointed Minister of Industry and Production.

On May 15, when the Americans took over Flensburg, they first aimed at Speer. Nitze went to the Glücksburg Castle, where the architect was hiding. The interrogation lasted for seven days, during which the man spoke freely with the Americans, revealing the “secrets from behind the scenes.” He wore his suit every morning and answered questions willingly – a desire that stroke Nitze, and he did not dare say a word about the Holocaust, as this could sharpen the tone of the conversation. Albert Speer realized that his only chance to survive was to cooperate. It came to the point that one of the interrogators admitted: “he made us feel sympathy and we were all secretly ashamed of it.”

His knowledge impressed the Americans. He revealed how he reduced the influence of the army and the party on decision-making and how he applied Henry Ford’s principles in the production process. He also explained why certain British and American attacks failed and others were successful. He explained how he traveled around Germany, giving motivational speeches to his workers, realizing that the war was lost.

As he said in March 1945, Hitler undertook a plan to destroy the entire resource of the Third Reich – industrial bases, depots, military supplies, and infrastructure that could benefit the enemy. Speer was furious and did not obey, but took the people’s side instead of the Führer’s.

From all questions, Nitze was particularly specific about one: what had happened during Hitler’s last days down in the bunker? Speer was one of the last to meet him. The architect showed the Americans where the key to the building in Munich was, where all his reports about Hitler were kept. The Nazis did this but denied knowing anything about the atrocities against the Jews. On May 23, all members of the German government were arrested. “So the end has come,” said Speer as they broke into his bedroom. “All right. It was all a performance anyway”.

In September, he was informed that he would be sued for war crimes and was imprisoned while the Nuremberg Trials were running, during which more than 20 more people were prosecuted. The purpose of this process was to publicize the crimes against humanity that German leaders have committed with impunity.

Speer denied knowing about the Holocaust, but the evidence of slave labor in his factories was indisputable. The man apologized and took responsibility for it, saying he should have known. But, it was not so. He took the blame, insisting he was ignorant. To present himself in a more acceptable way, he said he had planned to kill Hitler by dropping a vial of poisonous gas into the bunker’s ventilation pipes. This only made the other defendants laugh.

In the autumn of 1946, most of the participants in the Nuremberg Trials were sentenced to death or life imprisonment. Speer was sentenced to 20 years in a Berlin prison, where he became “Prisoner number 5”. He was constantly reading and, contrary to the rules, was keeping notes that become bestsellers over the years, including Inside the Third Reich. There was no doubt that his collaboration with Nitze led to this favorable outcome.

Speer served his sentence and was released in 1966. He became rich and lived in a country house in Heidelberg. But refutations of his image as a “good Nazi” emerged soon after his release. In 1971, he was accused of knowing about the Holocaust. The information that he had attended a conference in 1943 in which Heinrich Himmler had spoken openly about “erasing Jews from the face of the earth.” was used for evidence. Speer did not deny attending but said he had left the hall before Himmler’s statement.

Speer died in a London hospital in 1981. None of the buildings he designed have survived today. But his contribution to the Nazi regime remains. More than a quarter of a century after his death, a collection of 100s of his letters have come to light. This is his correspondence with Helen Jainty, the widow of a Belgian resistance leader. In one of these letters, the man wrote that he was aware of the plan to exterminate the Jews.

“No doubt, I was there when Himmler announced that all Jews would be killed, on October 6, 1943. But who would believe me that I wanted to stop him or that it would be easier to write all this in my memoirs?”