AI creates new flu vaccine, all on its own 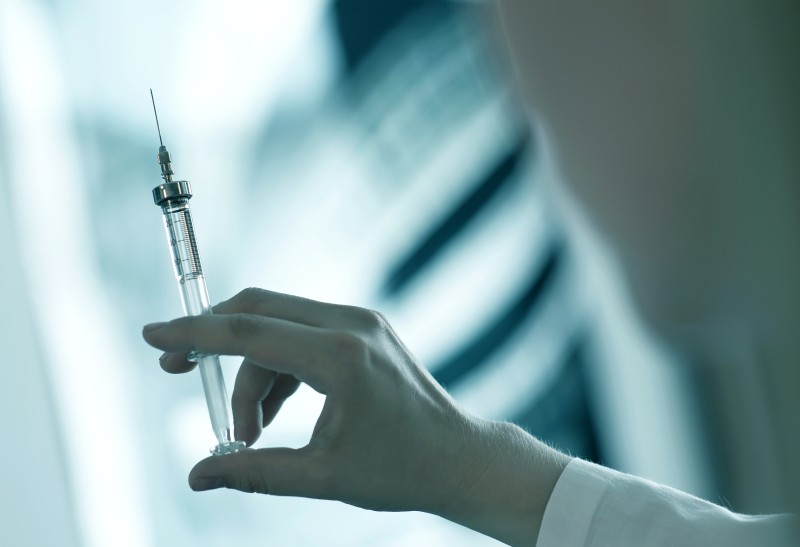 Over the last few years, we have entrusted a good number of human tasks to AI, from targeting who to search at airports, to operating call centers and even writing decidedly dicey film scripts.

But a team at Flinders University in Australia have made a computer programming breakthrough by allowing their AI to make what might qualify as a medical breakthrough.

Their AI, known as SAM (a sort of acronym of Smart Algorithms for Medical Discovery), has been able to create its own original flu vaccine, only from data entered into it by the Flinders team.

They began the process by feeding data to SAM, including information on chemical compounds proven capable of activating the human immune system, as well as compounds with no effect on humans at all.

SAM’s next task was to generate trillions of theoretical compounds, with a myriad of potential effects, and sift through that storm of data to decide which of these might possibly be useful as new medications suitable for human use.

The Flinders team then took SAM’s top results out of the purely digital realm and attempted to synthesize them to test in the real world in their laboratory. The laboratory allowed the drugs to be tested on samples of human and animal blood cells to observe their effects.

One of them astonished the researchers, by proving to be a ‘supercharger’ flu vaccine, substantially boosting the vaccine’s effects over any previous human-designed compound, in humans and animals.

The research was bankrolled by the US National Institute of Allergy and Infectious Diseases, but even so, it is surprising to see the vaccine already being rolled out for human clinical trials, over a 12 month period, in the USA.

This speed of uptake, from entering data into SAM, to testing to trials, is partly an example of just what can be achieved by harnessing AI learning. Machine brains can process many powers of magnitude faster than human brains, and they don’t tire or get distracted or lose interest.

This allows them to be both incredibly productive and to junk most of that productivity in the sorting process, an essential part of trial and error styles of experimentation.

But that was only phase one.

“We then developed another program, called the synthetic chemist which generated trillions of different chemical compounds,” Petrovsky explained, “SAM….could sift through all of these to find candidates that it thought might be good human immune drugs.”

And the results were beyond the team’s wildest dreams.

“SAM not only had the ability to identify good drugs,” Petrovsky said proudly, “But in fact had come up with better human immune drugs than currently exist.”

With AI like SAM, the entire drug discovery process could be shortened by not weeks, not months, not even years, but potentially decades, also saving millions of dollars in the process and freeing up human scientists to work on more rewarding and intellectually stretching discoveries.

There is a global existential threat from increasing levels of influenza infection, including the ever hovering danger of a worldwide flu pandemic, which Tedros Ghebreyesus, the Director-General of the World Health Organisation, recently described as a matter of not if but when. As such, now is the perfect time to have a new breakthrough vaccine. So it’s lucky for humanity that, on its first try, SAM really does seem to have come up with the goods.

“We already know from animal testing that the vaccine is highly protective against flu, outperforming the existing vaccines,” Petrovsky says confidently, “Now we just need to confirm this in humans.”

And if anyone should know about flu vaccines, it’s the team from Flinders University who was responsible for creating the world’s first swine flu vaccine in 2009. There is also a particularly pressing local need for Petrovsky’s vaccine.

“So far in 2019 there have been over 96 thousand confirmed cases [of flu] across Australia,” Petrovksy states, “The number in WA nearly doubled to 10 thousand, as did the number of deaths, there have been 57 deaths recorded in NSW, 44 in SA, and nearly 40 in Queensland.”

This should provide a reminder if one were needed, that seasonal flu is not just a discomfort or a reason for a day or two off work. Even in first-world countries, it is potentially deadly, and vaccine-like SAM’s could see some of the most vulnerable people protected from harm.

If SAM’s vaccine proves to be as effective as suggested it will likely become the new global standard for flu vaccines, almost certainly a first for a non-human invention, and it will present the genuine possibility that this may be the future of vaccines, and perhaps other medications.

If it seems unnerving that computers will be planning what medicines we should take, it should be emphasized that they will simply do the heavy lifting and carrying of producing and sifting data, the testing and distributing, and ensuring the safety of the drugs will all be reassuringly in human hands.

But, it should be emphasized, when it comes to pattern recognition and spotting potential harms and benefits in chemical compounds, computers are just better at this than human beings.

Whether we like it or not, the future of medication is likely to be in the hands of AI like SAM.