Is 5G really that dangerous to humans and to the environment?

5G is coming, where we like it or not. Is it really as dangerous as some people claim, though? 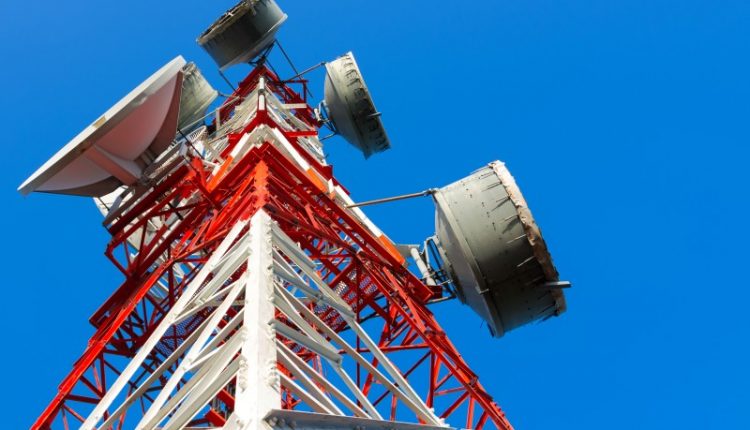 Readers of a particular vintage will remember a strange and unique time in human history. Some people refer to it as The Dark Ages. We use the more accurate term, “any time before 2007.” We refer, of course, to that strange and unthinkable period when smartphones were not omnipresent throughout the world.

There is no denying that smartphones have changed the world, and we’re not going to claim that it’s for the worst. Look, we’re willing to wager that you’re reading this article right now on a smartphone – and if you’re not, there you may be using the smartphone’s cool little brother that enjoyed a growth spurt, the tablet.

The changing landscape of mobile internet

The ability to access the Internet on the move has changed the world. We can now use our phones to look up anything, at any time, with a moment’s notice. It’s a far cry from the days of frantically searching for an Internet Café on the high street when we needed to connect with the world.

Generation Z, ask your parents what that means. It’s a bedtime story that will fill you with horror.

Smartphones have also opened up a new dimension of technological advancement. Every year a new device is released, and it promises more bells and whistles that you didn’t realize you needed.

To keep up with the ever-improving hardware, the infrastructure of the communications world has also needed to up its game. WAP gave way to 3G, and when 3G became unacceptably outdated, we were introduced to 4G.

No doubt you will have heard that 5G is now on the way. It’s not a terribly original name, but it’s arguably the most dramatic step forward yet. Many people are expressing serious concerns about 5G, though. Depending on who you ask, it’s either the pinnacle of human achievement or an unacceptable risk that is placing human health at severe risk.

What is 5G, and why does it matter?

5G, as the name suggests, is an evolution upon 4G. It’s a new infrastructure that promises to make everything you do on your smartphone bigger, faster, and by extension, better.

Arguably the biggest of 5G’s promised perks is the speed that it will provide. More and more people use their smartphones for streaming videos and music.

Unless you happen to be connected to a wireless internet account, however, you may be faced with frustrating buffering breaks. 4G can typically stream HD video at a reasonable speed, but only if you’re in an area with a robust connection.

5G blows 4G out of the water in terms of speed. It’s claimed that it will be up to a thousand times faster. That means you can watch the latest Avengers epic on a Greyhound bus, or play increasing elaborate mobile games, in full, glorious 4K. Sure, it will eat data like Pac-Man munched those little pills, but that’s a small price to pay for uninterrupted, eyeball-saucering goodness.

This speed also applies to latency. 5G can send data from one device to another in a single millisecond. 4G takes an agonizing 50 milliseconds. Who has the time to wait that long? We’re all busy people! In all seriousness, this will benefit individual businesses such as air traffic control, where that time could make all the difference.

In addition to constant speed, you also won’t experience any interference to your connection with 5G. At least, not for a while. Right now, the vast majority of smartphone users are on 3G or 4G connections.

This means that the networks get busy, which can create interference on your device, slowing down video and creating white noise. 5G, only being supported by the most high-end devices and operating on a different frequency, will not experience these issues.

Finally, 5G offers greatly enhanced bandwidth. This means you’ll be able to connect a range of different devices to a 5G router without it overloading, or reducing performance. In an age of smartphones, smart TVs and smart just about everything else, this may become hugely important to families of the future.

5G sounds excellent on paper, so why are people so down on it? Is it just ill-informed fear of new technology, like when citizens of the 1950s were concerned that television rotted our brains to soup?

The biggest issue with 5G lies with the antennas required to utilize the technology. 5G airwaves do not travel significant distances like 4G. This means that a vast number of new antennas will need to be erected, close to one another, so the signal can travel. This means more and more radiation being emitted. Nobody likes the idea of this.

Now, whether 5G is actually dangerous depends upon who you believe. Government bodies, such as the CDC and EPA, are adamant that the 5G airwaves will not cause any harm to humans. Over 200 professional scientists, from 40 different countries, beg to differ.

These concerned scientists have joined forces to pen open letters to the UN and FCC, begging them to reconsider rolling out 5G throughout the world without more testing. One particular expert, Dr. Martin Pall of the Washington State University, goes as far as to call FCC guidelines, “obsolete,” and to accuse the body of favoring the communications industry over public safety.

According to Dr. Pall, 5G is a huge health concern. He claims that the eventual impact could include blindness, skin cancer, infertility in men, hearing loss, and thyroid dysfunction. This isn’t just scaremongering, either. Studies have proved that short-range radiation has harmed a number of animals.

The FCC, however, disagree. They plan on rolling out 5G throughout the USA by 2020. In fact, they remain so adamant that they plan to roll out legislation that prevents local state governments from halting the march into the future that 5G promises.

We don’t blame you – there’s a whole lot about 5G to dislike on paper, and until its safety can be guaranteed, it’s advisable to err on the side of caution. There’s little point in enjoying an enhanced communication network if we’re all too sick to communicate.

Unfortunately, there may be little that we can do beyond signing a petition to stop 5G until more research has been conducted and measures put into place. If you’re not prepared to do so – which is understandable, as there are benefits to 5G – you should still take some safety precautions.

Unless you are actively using your smartphone, switch if off. This way, you will be minimizing your exposure to any 5G radiation. Download a radiation detector app on phone that will warn you if you’re in the danger zone.

Of course, if you don’t see any benefit to 5G, you could just reject it out of hand. 4G isn’t going anywhere, and only the latest and greatest tech will support 5G anyway. Don’t bother upgrading your current smartphone, and stick to what you know and trust. Local kids might laugh at you for using tech that’s a couple of years old, but that’s a small price to pay for safety.