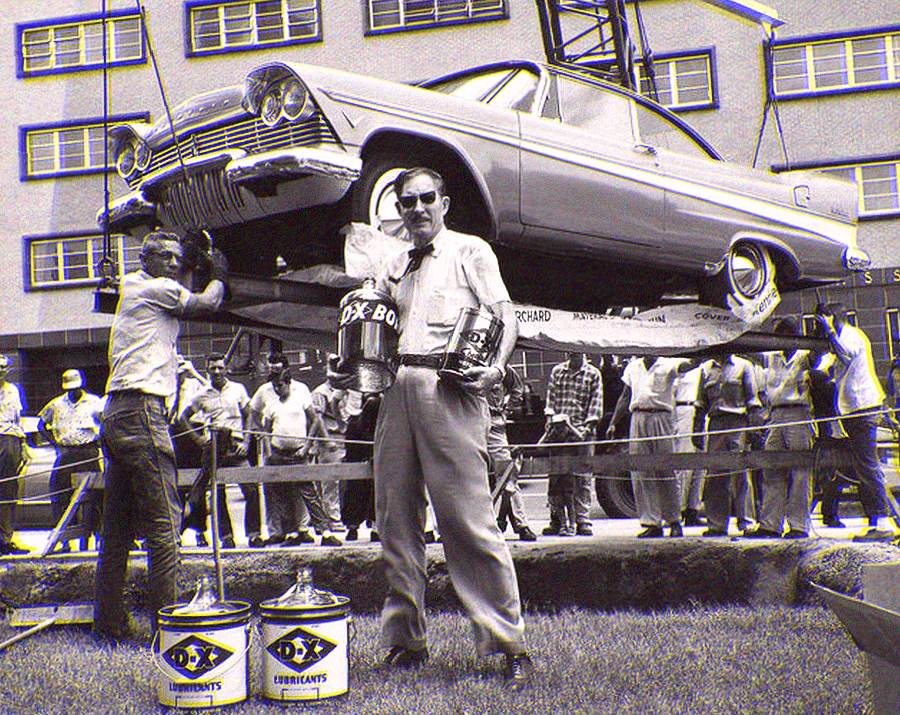 The year 2070 seems like a long time off, but it’ll likely arrive in the blink of an eye. Time moves faster than any of us expect, with technology and human endeavor progressing with it. Who knows what future generations will think of life in 2020?

Maybe our relationship with the past will provide some insight. Nostalgia is always a powerful drug, and the pop culture world is currently engaged in a full-on love affair with all things related to the 1980s. Look further back, however, and you’ll find the fascinating story of Miss Belvedere.

Miss Belvedere was a 1957 Plymouth Belvedere. This vehicle was the jewel in the crown of Chrysler’s Plymouth range and was considered state of the art in its year of manufacture. So much so that the advertising slogan used to drum up sales – “suddenly it’s 1960!” – sounded positively space-age at the time.

1957 was also a pivotal year in Oklahoma’s history. The Sooner State officially became part of the USA in 1907, and this fiftieth anniversary was deemed worthy of celebration. It was decided that the occasion would be marked by burying a brand new Belvedere – colored gold and white and boasting just four miles on the clock – in a time capsule on the grounds of Tulsa’s city courthouse.

People at the celebration were invited to guess what they estimated Tulsa’s population would be fifty years into the future, in 2007. Miss Belvedere was scheduled to be uncovered at this time and awarded to the competition winner (or a descendant, if the prognosticating entrant didn’t survive a further fifty years.)

Guesses were written and paper and loaded into the car’s glove box (the right answer was 387,007 if you’re interested.) A savings account was also opened on the day, with $100 deposited. Left untouched for fifty years, this bond had increased to $700 by the time the car was dug up.

Miss Belvedere was also an opportunity for future generations to see what life was like in ’57. The gas tank was filled, just in case future generations no longer used petrol as fuel. A woman’s purse, packed with everything essential to a citizen of Tulsa in 1957, was included in the car, alongside a directory of local churches, records of local history, and an American flag. It would be two years before Alaska and Hawaii would be recognized as states, so Old Glory boasted just 48 stars at this stage.

As 2007 approached, Miss Belvedere fever gripped Tulsa. The locals were thrilled about the idea of the unveiling. Sadly, things didn’t quite go as planned. As the time capsule was opened, the car was revealed to be submerged in water. It had been flooded several times over.

Thankfully, there is a happy ending to Miss Belvedere’s story. The car was lovingly restored over a decade, and eventually found a home in Roscoe, Illinois’ Historic Auto Attractions Museum.

To this day, you can visit the vehicle here and see it with your own eyes. Just resist the temptation to find the keys and take it for a spin. There is only so much that restoration can do, and this particular classic car is in no condition for a test drive.